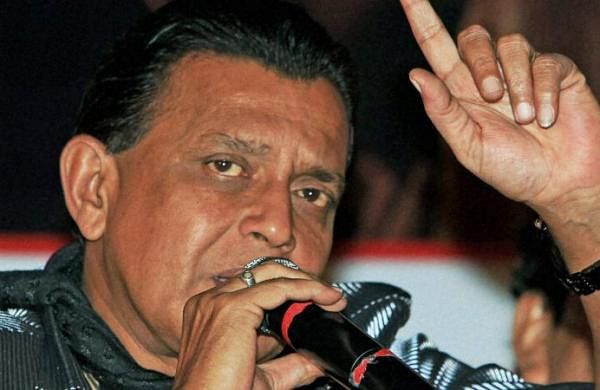 KOLKATA: The Calcutta High Court on Thursday quashed a police case alleging that cine star Mithun Chakraborty’s uttering dialogues from his films at a public meeting here had caused political violence in West Bengal during the assembly elections held earlier this year.

At the public meeting on March 7, Chakraborty had said: Marbo ekhane, laash porbe shoshaney (I will hit you here and your body will fall in the crematorium) and Ek choboley chobi (just one snake bite and you will turn into a photograph), his dialogues from two popular Bengali films.

He joined the BJP on that day.

The court observed that since Chakraborty did not deny that he uttered the said dialogues, any further police investigation of the present case will be an unnecessary and vexatious exercise.

Justice Kausik Chanda quashed a police case filed by a ruling Trinamool Congress worker against the film star registered with the Maniktala police station here and pending before the court of additional chief judicial magistrate at Sealdah.

Observing that the petitioner is a popular matinee idol, Justice Chanda said the involvement of film stars in politics in the country is nothing new.

“It is also well known that film stars try to entertain and attract voters by saying cinematic dialogues in political rallies. The case in hand is no exception,” the judge said.

The court noted that Chakraborty admitted that on many occasions, on public demand, he has said those dialogues in different functions to entertain people.

“The two dialogues in question are fundamentally funny, hilarious, and entertaining; it is futile to try to find the elements of hate speech in them,” the court said.

It further said the petitioner did not utter those dialogues to promote the feeling of enmity, hatred, or ill-will between different religious, racial, linguistic or regional groups or castes or communities as alleged by the complainant, and, therefore, the ingredients of offences under Sections 153A, 504, and 505 of the IPC are absent in this case.

The court noted that the petitioner uttered the dialogues on March 7, whereas the present complaint before the police was registered on May 6, after the announcement of the West Bengal assembly election result on May 2, 2021.

“It cannot be said there is any proximate nexus between the dialogues uttered by the petitioner and the widespread violence that took place in the State after the Assembly election,” the court observed.

The FIR by a Trinamool Congress worker alleged that BJP supporters had indulged in violence due to the alleged instigation of the petitioner through his film dialogues.

Chakraborty in June filed a petition before the high court seeking quashing of the case.