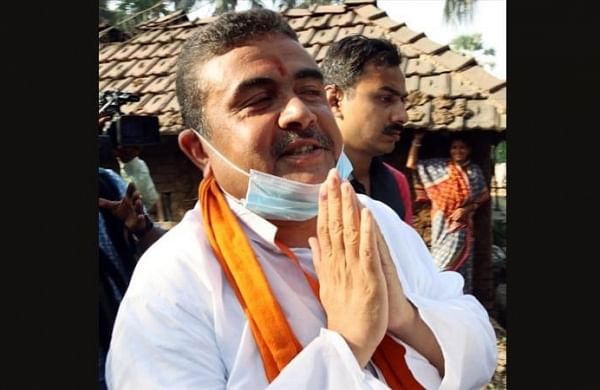 By PTI
KOLKATA: The Calcutta High Court on Monday ordered immediate release from custody of Rakhal Bera, stated to be a close associate of Leader of Opposition in West Bengal assembly Suvendu Adhikari of the BJP, while directing the police not to arrest him in any other case without the high court’s permission.

Justice Rajasekhar Mantha observed that there appears to be a pattern being followed by the police in coordination with one another in attempting to keep the petitioner in custody by hook or by crook on one pretext or the other and by registering one FIR after the other.

“This Court directs that the petitioner shall be forthwith released from custody,” Justice Mantha ordered.

He directed that “all police stations in the State may register any FIR against the petitioner but he shall not be arrested without the express leave of this Court.”

Bera’s lawyers said that five cases were lodged against him on various charges.

The court directed that the matter can be mentioned six weeks henceforth for further hearing following filing of affidavit-in-opposition to Bera’s averments by the state and his reply to it, if any.

Lawyers representing Bera submitted before the court that he was enlarged on bail in connection with a case in Maniktala police station in Kolkata by the Additional Chief Judicial Magistrate, Sealdah, on July 23.

Before being released on bail in that case, another case was registered by Contai police station in Purba Medinipur district against the petitioner, on a similar allegation of promise of job in lieu of money and was arrested immediately thereafter, his lawyers stated.

They claimed that the petitioner is being punished by the ruling dispensation for changing political affiliation and for being close to the present Leader of the Opposition in the state assembly by slapping false cases against him and that there are five cases registered against him.

The state’s lawyers submitted that the cases are being filed by private persons and that the state was only doing its duty as per law.

They claimed that there is no correlation between FIRs registered against the petitioner and submitted that the Contai police have recovered substantial evidence against him.