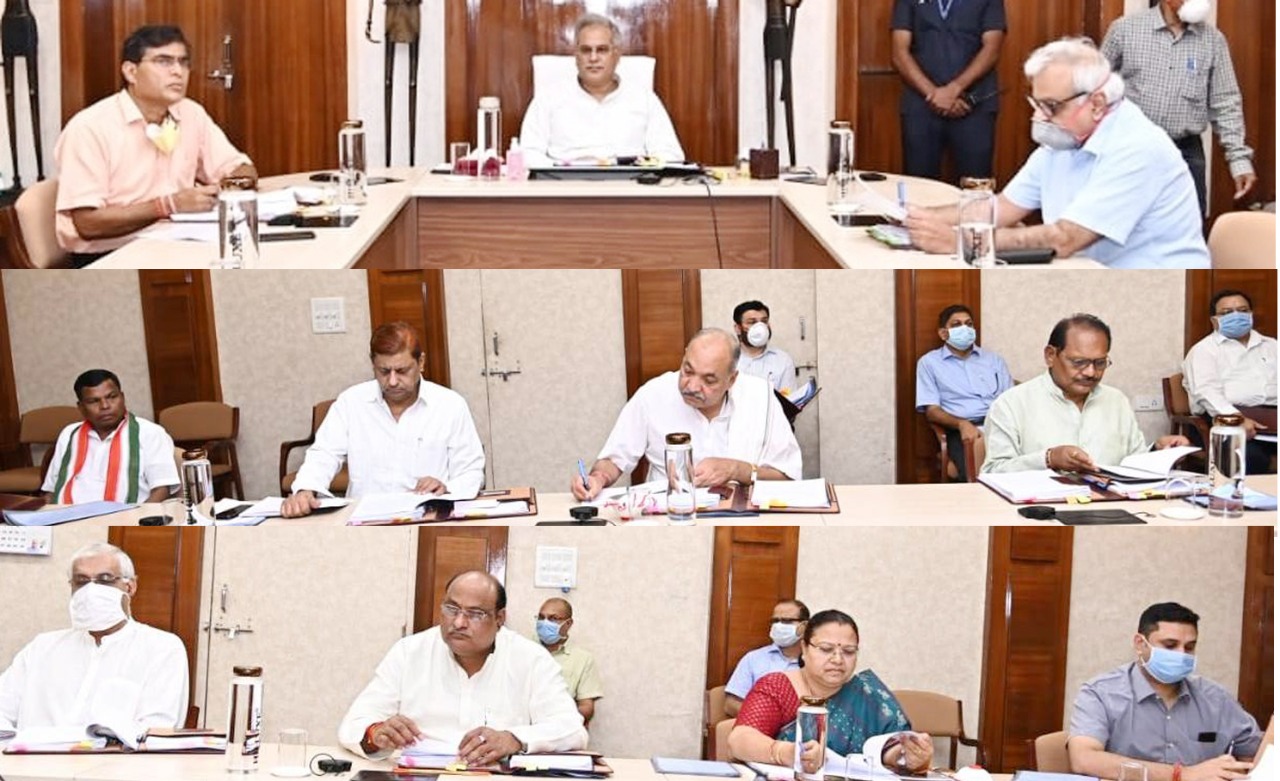 •    Launch of ‘Rajiv Gandhi Kisaan Nyay Yojana’ approved for encouraging crop production and supporting agricultural activities. This scheme will be inaugurated on May 21, i.e. on Punyatithi of Ex-Prime Minister late Mr. Rajiv Gandhi ji. Based on the registered and procured area in Kharif 2019, financial aid will be transferred into the accounts of farmers through DBT for paddy, corn and sugarcane crop at the rate of Rs 10,000 per acre.

•    If the farmer receiving financial aid had taken paddy crop last year and this year he/she is producing other crops under the scheme, he/she will be provided additional aid per acre.

•    Decision taken to conduct Excellent Hindi and English medium schools through registered societies. Minimum one school will be opened in each of the district headquarters, municipal councils and municipal corporation jurisdiction. Nearly 40 such schools will be opened.

•    Decision of integrating Vocational Certificate Course of ITI for students with the curriculum of 11th and 12th standard in block headquarters.

•    Recommendations of State-Level Committee constituted for redressal of paddy procured at support price In kharif marketing year 2019-20 were deliberated upon.

•    Keeping in view the need for immediate procurement of chickpeas, under the preventive measures being taken in state against COVID-19, proposal to procure chickpeas at proposed rated of NAFED from April to June 2020 approved.

•    Lump sum distribution of food grain stock of more than one month to the beneficiaries under Public Distribution System permitted.

•    Proposal to sanction separate rates for loading and unloading of paddy for kharif marketing year 2019-20 approved.

•    Cabinet has decided to waive off one-month tax of trucks and two-month tax of buses, to provide concession in monthly/trimester tax payable on passenger vehicles, goods vehicles, school and city buses and private service buses, and to extend the last date of tax deposit till June 30.

•    Proposal to free-hold the permanent ‘patta’ land lease approved with terms and conditions.

•    Chhattisgarh Government is committed to provide proper housing facility to all the urban families. In the same sequence, Cabinet has decided to build 40 thousand additional houses under Mor Zameen-Mor Makaan Yojana.

•    Cabinet has decided to provide housing facility at minimum rates under Mor Awas-Mor Chinhari Yojana to the tenants as well.

Other Administrative Decisions:
1.    Keeping in view the current circumstances due to lockdown, Cabinet has decided to distribute refined iodized salt under PDS to APL families of the state as well. On APL ration cards, maximum two kg salt per card at Rs 10/kg will be provided from June 1. Implementation of this scheme will benefit nearly 9.04 lakh families. Chhattisgarh Government is currently distributing free of cost refined iodized salt to 56 lakh ration card holders of the state under PDS, as per their eligibility.
2.    State Government has extended the 30% concession on government guideline rates of land transaction for entire year. This concession was earlier applicable till June 30, which has now been extended till June 30.