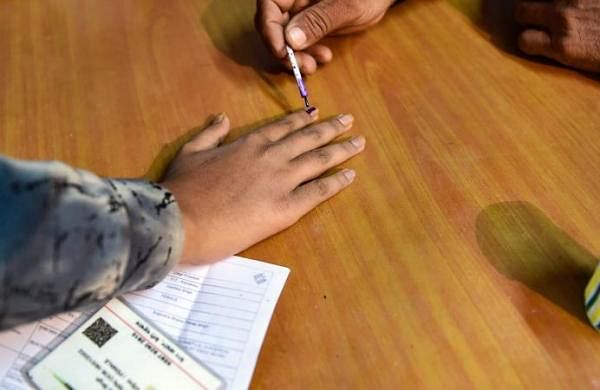 NEW DELHI: The Election Commission on Saturday announced that by-elections in the states of West Bengal, Chhattisgarh, Bihar and Maharashtra will be held on April 12.

“The Commission has decided to hold the by-election to fill vacancies in the states of West Bengal – Asansol (Parliamentary Constituency) and Ballygunge, Chhattisgarh – Khairagarh, Bihar – Bochahan (SC) and Maharashtra – Kolhapur North,” the Election Commission said.

The date of polling will be April 12 and the votes will be counted on April 16, Saturday.

“The Model Code of Conduct shall come into force with immediate effect in the district(s) in which the whole or any part of the Assembly constituency going for election is included,” the EC said.

The Commission said it has decided to use EVMs and VVPATs in the by-elections in all the polling stations. Adequate numbers of EVMs and VVPATs have been made available and all steps have been taken to ensure that the polls are conducted smoothly with the help of these machines.