By taking advantage of the scheme of government, the land owners are getting worried and getting rid of them. 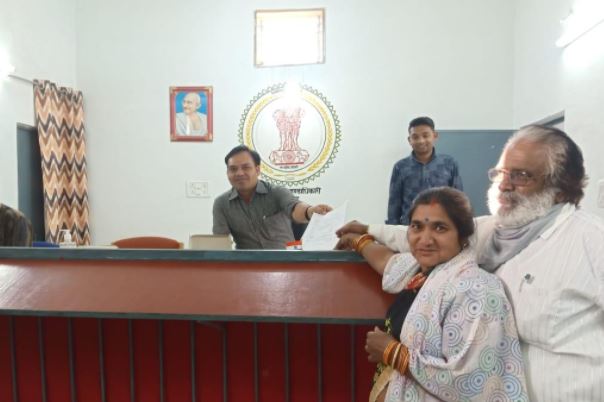 Encroachment of land in urban areas is being done by the Government of Chhattisgarh. Such persons who have encroached government land and are using it for residential or business, can apply for landowner right under the government’s guide line. It is noteworthy that the District Collector has been given the right to allotment of 7500 square feet of land under the administration of encroached land in urban areas by the Government of Chhattisgarh.

Premshila Shyam Sundar Tiwari of Mahasamund district who is resident of Dehanibhatha Bagbahara, taking advantage of the new provisions of the government, deposited 4 lakh 58 thousand 417 rupees through challan for regularization of the encroached land by land ownership rights. Have received. Shyamsunder Tiwari, who has become an owner of land by encroachment, said that today I will be very relaxed. Now we have become the real masters of this land. Now then we had not given any name to this house because this land was government and we had no right over the land. A lot of our money was spent in building a house, but today due to this scheme, now this house will be named ‘Tiwari Niwas’ and will live right in the house. At Mahasamund District Headquarters too, three people have deposited Rs 25 lakh and are free from worry by taking advantage of this scheme.