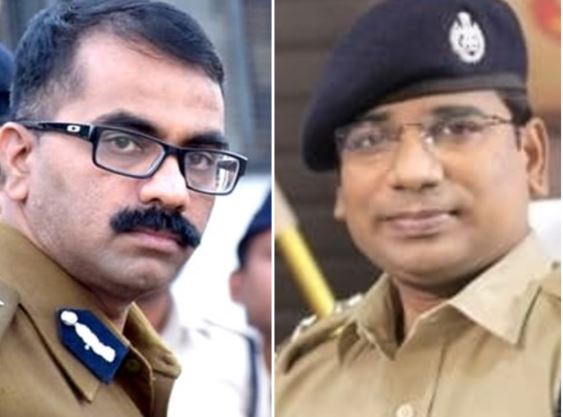 In the year 2020, the country fought back the corona epidemic. In this, the biggest role was played by the officers, who adopted their unique methods and started awareness campaign among the people and gave the message of being safe. Bureaucrats India has selected such IAS and IPS officers across the country, who put their duty in a critical condition even before their family, all this for the protection of the general public.

Two IPS officers from Chhattisgarh were included in this list. Recently, IPS officer Dipanshu Kabra, who was appointed as Transport Commissioner by acting as Bilaspur IG, started a help chain to deliver material to the needy during the Corona period. Kabra’s prudence and community policing helped people to get essential things like food, help of migrant laborers, medicines.

Kabra also made best use of Twitter during the epidemic by connecting with people through social media mediums like Twitter. In the past, he has done a better job on ‘Police Policing’, which is known all over Chhattisgarh with respect to Police and Public Relations. Bureaucrats India has also given this award to Santosh Singh, another IPS and Raigad SP of Chhattisgarh. Santosh Kumar Singh, who is commanding the SP in Raigad district, has launched this ‘Raksha Bandhan Ek Raksha Sutra Mask’ campaign on Raksha Bandhan, which is known for the best policing in the entire country. Gone. Around 12 lakh masks were distributed during this campaign by SP Santosh Kumar Singh, which was included in a record list. Even before this, Santosh Kumar Singh, being the tribal district Narayanpur SP, has done a better job on community policing regarding police and public relations, which is known all over Chhattisgarh. Even in Mahasamund, people remember his policing. Even in the year 2020, what he did proved to be a milestone.