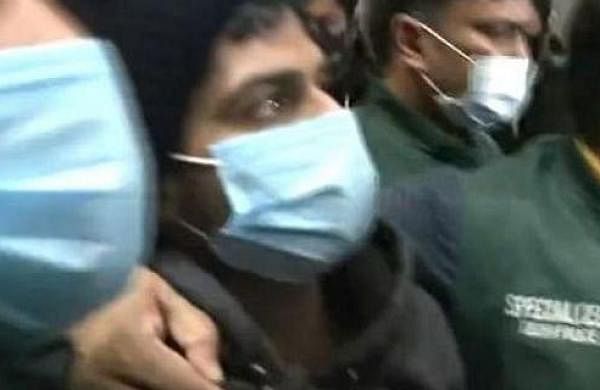 NEW DELHI: Niraj Bishnoi, the alleged mastermind and creator of the ‘Bulli Bai’ application, has revealed that he had the habit of hacking into and defacing the websites of schools and universities of both India and Pakistan, police officials said on Saturday.

They also said that Bishnoi has disclosed during interrogation that he was also in touch with the person behind the Twitter handle @sullideals, the alleged creator of the ‘Sulli Deals’ app that was hosted on GitHub in July last year.

The Delhi police had arrested 21-year-old Bishnoi from Assam and claimed that it has solved the case which relates to hundreds of Muslim women being listed for “auction” on the “Bulli Bai” app on the Github platform.

A resident of Jorhat who studies computer science engineering in Bhopal, Bishnoi is the fourth person to be arrested for their alleged involvement in the app.

The other three, nabbed by Mumbai Police, include a 19-year-old woman from Uttarakhand, also alleged to be a prime accused in the case.

The claim of Bishnoi being in touch with the creator of the ‘Sulli Deals’ app is being verified.

Further technical analysis is being done and forensic examination of devices is underway, police said.

“During interrogation, Bishnoi has revealed that he has the habit of hacking and defacing websites.

He has been learning it since he was 15-year-old.

He had hacked or defaced various websites of schools and universities of India as well as of Pakistan.

Bishnoi has an inclination towards the Japanese animated gaming character ‘GIYU’.

He had created various Twitter handles using the word and used one such account to challenge the law enforcement agencies to nab him, police said.

The account @giyu44 was created by the accused on January 3 to discredit the arrests made by the Mumbai Police in the case and to throw an open challenge to law enforcement agencies to nab him.

A day before his arrest, he had tweeted, “You have arrested the wrong person, slumbai police.”

“Lmao only one guy was ever involved and that’s me. You pajeets arrested a follower of that acc with sikh dp, who had nothing to do with the app and didn’t tweet anything wrong. Do you have even the slightest bit of shame slumbai pulis?” Bishnoi had said.

Police said Bishnoi has further disclosed that he was in touch with the persons arrested by the Mumbai Police and used to chat through Twitter.

He had never met those persons and even did not have their contact numbers.

He also disclosed that he was using the Twitter account of Shweta, arrested by the Mumbai Police, they said.

Bishnoi is trying to delay the investigation and not cooperating.

He had also tried to harm himself twice and also threatened to commit suicide, police claimed.

Due care is being taken care of him in custody.

His medical examination has been conducted and he is stable and unharmed.

This may be due to his mental condition or maybe he wants to delay the investigation, police officials said.

Later, the police, in a statement, said that during social media monitoring, it came to notice that two websites were claiming that they had interviewed Bishnoi hours before his arrest.

“It is clarified that accused Niraj Bishnoi was disturbed after the arrest of three of his followers namely Vishal, Shweta and Mayank Rawal. He wanted to divert the attention of the media by claiming that Vishal and Shweta were innocent.

“To propagate this fact, he had created the Twitter account @giyu44 and started sharing the screenshots of the code creation and the email accounts used by him for creating the code on GitHub,” according to the police statement.

Bishnoi had received mail from GitHub on the email account used by him, as a policy measure of GitHub, that they had received an information request from a law enforcement agency, it said.

“To support his claim of creation of the ‘Bulli Bai’ app and to prove the innocence of earlier arrested accused he had shared the login details, email details and screenshots with one Shubham Sharma and on Twitter also.

“Bishnoi had intentionally divulged the details with Sharma and on Twitter to gain publicity. He had shared only partial details to support his claim of the creation of the app. He communicated through VPN with them also, so that he could not be traced. He was challenging the law enforcement agencies to nab him,” the police said.