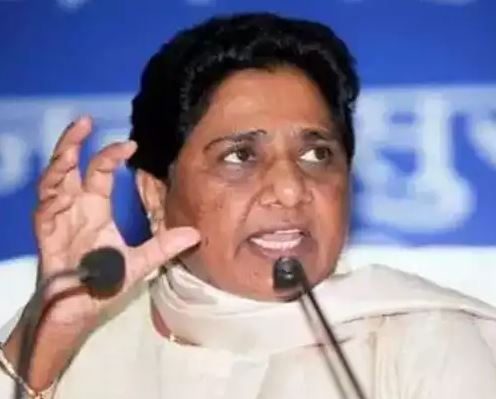 Farmers’ demonstrations are continuing along the Delhi border, demanding that the Modi government withdraw the recently introduced agricultural laws. Explain that all the protesting farmers are standing on the Indus and Tikari borders. This demonstration of farmers has now got the support of Bahujan Samaj Party. Supporting the farmers in his tweet, BSP supremo Mayawati wrote that, “The farmers are quite angry and agitated all over the country expressing their disagreement about the recently implemented three laws related to agriculture by the central government.” In view of this, if the Central Government reconsiders these laws, made without the consent of the farmers, it is better. ” At the same time, Ghaziabad-Delhi border farmers are deployed in large numbers against agricultural laws. Regarding this demonstration, Rakesh Tikait, spokesperson of the Bharatiya Kisan Union has said that if the demonstration takes place at Ramlila Maidan, then why are we being sent to Nirankari Maidan, which is a private institution. Rakesh Tikait said that we will stay here today.

He had said that, “On December 3, the Minister of Agriculture has sent you an invitation letter for discussion. The Government of India is ready to discuss your every problem and every demand. ” The Home Minister had said that, “On different national and state highways, the farmer brothers are sitting in the open with their tractor-trolleys in such a cold, I appeal to all of you that Delhi Police will send you Ready to move to the grounds, where you will get security and facilities. ”