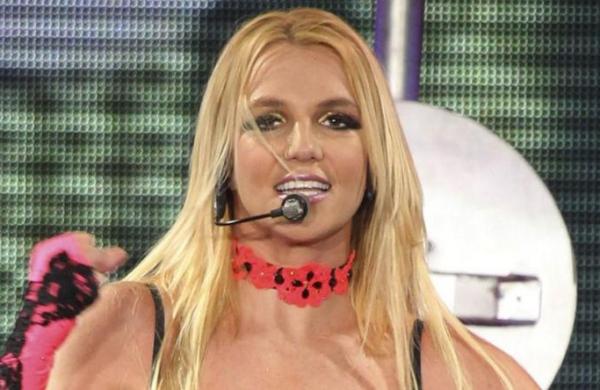 By ANI
WASHINGTON: American singer-songwriter Britney Spears, on Wednesday (local time) reacted to the obscene comments made by her boyfriend Sam Asghari aiming at her father Jamie spears through social media.

The 38-year-old star hopped on to her social media accounts and posted a video of herself from Dick Clark’s New Year’s Rockin’ Eve party which sees her performing on her hit track. Alongside the video, she wrote, “Can’t believe this performance of ‘Toxic’ is from 3 years ago!!! I’ll always love being on stage …. but I am taking the time to learn and be a normal person.”

“I love simply enjoying the basics of everyday life!!!!”, the singer continued.

As the #FreeBritney movement continues to acquire speed, the songstress addressed the legal drama encompassing her and her father in a subsequent tweet post.

She wrote, “Each person has their story and their take on other people’s stories!!!! We all have so many different bright beautiful lives!!! Remember, no matter what we think we know about a person’s life it is nothing compared to the actual person living behind the lens!!!!”

According to US Weekly, the ‘…baby one more time’ singer’s reaction came after her long time beau Sam Asghari slammed her father for his role in the ongoing legal battle over her conservatorship controversy.

In an official statement on Instagram, he said, “Now it’s important for people to understand that I have zero respect for someone trying to control our relationship and constantly throwing obstacles our way. In my opinion, Jamie is a total ****. I won’t be going into details because I’ve always respected our privacy but at the same time I didn’t come to this country to not be able to express my opinion and freedom.”

Slamming her father further, the 27-year-old in an interview with TMZ said, “What I said is what I said. I think he’s a ****. That’s just my opinion, but I’m not going to go into details.”

A source exclusively told Us Weekly that Asghari has been one of the few positives in Brtiney’s life over the past few years, who always has her best interests at heart.

The conservatorship debate emerged when the new narrative of Britney presented a lawful defence for her to have more opportunity over her life and monetary property, which her dad has been dealing with since she was put under a conservatorship in February 2008.

Britney expressed in court records acquired by the US in August 2020 that she was “unequivocally contradicted” to her dad proceeding as her conservator.

Of the late, after the hearing in January 2019, the Grammy winner’s attorney, Samuel D. Ingham II disclosed that the songstress has denied moving forward with her performances till her father will take the charge of her career.

Jamie, as far as it matters for him, has kept up that he helped haul his girl out of monetary ruin after her breakdown in the last part of the ’00s. Denying the obligations in an interview with CNN, he told, “When a family member needs special care and protection, families need to step up, as I have done for the last 12-plus years, to safeguard, protect and continue to love Britney unconditionally. I have and will continue to provide unwavering love and fierce protection against those with self-serving interests and those who seek to harm her or my family.”