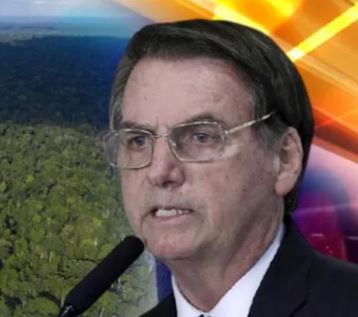 Deforestation in the Amazon forest has hit its highest level since the year 2008. According to the reports by BBC, a total of 11,088 sq km of the forest area have been destroyed from August 2019 to July 2020. This accounts to a 9.5 per cent increase since last year. Amazon rainforest is reported to have lost about 17 per cent of its original area and, at the current pace, is expected to reach a tipping point in the next 15 to 30 years.

The scientists blame President Jair Bolsonaro as they say that the rate of deforestation has accelerated since he took to office in the year 2008. Earlier, Brazil had set a goal of slowing the pace of deforestation to 3,900 sq km annually by the year 2020. However, this does not seem to come true now by any chance.

Earlier in August, Brazil’s Environment Ministry announced that the country’s government has released the funds required for fighting deforestation in the Amazon. It also added that the enforcement and implementation operations will continue as normal. Also, the ministry made an announcement of suspending all operations to combat deforestation as funding for those operations had been blocked.

As per reports, Brazil’s Vice President Hamilton Mourão quickly refuted the ministry’s statement of halting operations to combat deforestation, reportedly saying that’s not going to happen, and adding that the efforts would continue. Mourão, who was put in charge of the country’s Amazon response by Bolsonaro, also denied claims of the funds being blocked. He also reportedly accused Brazilian Environment Minister Ricardo Salles of acting too soon on the matter.