Brazilian President Bolsonaro said – will not get the vaccine installed 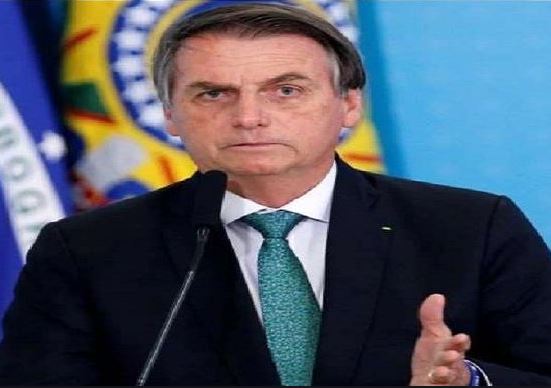 Another vaccine is being awaited in the world which is suffering from the corona virus. On the other hand, Brazilian President Jair Bolsonaro has expressed distrust of the vaccine. According to the news agency Reuters, Bolsonaro has said on Thursday that he will not take the vaccine. Not only this, he has also questioned the vaccine program released to prevent infection. The special thing is that Brazil is the second country in terms of deaths due to Corona virus.

Brazilian President Jar Bolsonaro, who suffered from Kovid-19 disease in July, says, ‘I am telling you, I am not going to take this. This is my right. Bolsonaro has also said many other strange things about the Corona epidemic. He also questioned the utility of the mask. Whereas, international health agencies such as the World Health Organization (WHO) and the Centers for Disease Prevention and Control (CDC) have been consistently advocating for the wearing of masks.

On the one hand, the world is busy preparing for the vaccine trial to be successful and available. At the same time, Bolsonaro has denied the need for vaccine in Brazil. The Brazilian President has been repeatedly saying that once the vaccine is available on a large scale, the people of Brazil do not need to apply the vaccine. Not only this, in October, he also made fun of the vaccine process through Twitter. He then said that the vaccine is needed only for his dog.