Brazil holds discussion with India on maintenance of submarines 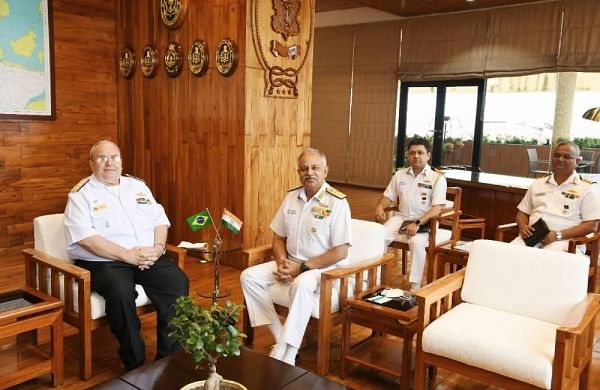 NEW DELHI: In a positive addition to the nascent Indian defence industry, discussions on the maintenance of submarines was held by Brazil on Monday.

MDL is involved in manufacturing six conventional Scorpene (Project 75) jointly with the Naval Group of France. The sixth and last submarine of the Indian Navy’s Kalvari class submarines was launched in April this year.

The Brazilian Navy also operates 4 Scorpene-class submarines and is exploring options for collaboration towards the maintenance of the diesel-electric attack submarines.

During the talks in Mumbai Vice Admirals Liberal Enio Zanelatto and AB Singh discussed various issues of common interest, including defence and submarines technology, Make in India, initiatives towards professional cooperation between the navies, and the outlook of the Indian Navy towards shared maritime interests with all like-minded navies/ nations.

India has put an impetus towards increasing its exports of defence equipment and services.

It was in January this year that India had bagged a major defence contract. The Philippines approved a $374.96 million (Rs 2700 cr) contract for the purchase of a shore-based Brahmos anti-ship missile system from India.

Sanjay Jaju, Additional Secretary in the Department of Defence Production (DDP)recently said that India’s Defence Exports touched a high of Rs 13,000 cr in 2021-22. The Private sector industries have been dominating the defence-related exports.