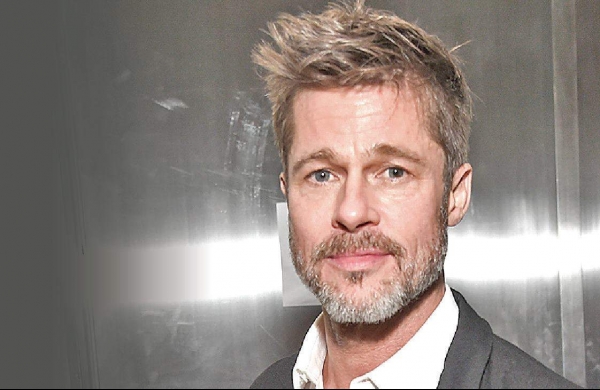 By ANI
WASHINGTON: Hollywood superstar Brad Pitt was recently photographed donning a bloodied look on the sets of his upcoming action-thriller movie ‘Bullet Train’ in which he stars opposite Joey King.

According to People magazine, in a first look of the movie, the actor was photographed wearing a torn white T-shirt with fake blood and dirt smeared on it as well as cuts and bruises on his forehead as he filmed a crash scene with his co-star.

In the picture, King could be seen wearing a cheerful bright pink button-down shirt with a pink vest and a red skirt as she bore a fake cut on her forehead with fake dark bruises on her arms for the action-thriller directed by David Leitch.

For the film, Pitt plays Ladybug while King plays Prince. The characters which they play are two out of five deadly assassins, who have boarded a fast-moving bullet train. They gradually find out that their missions each have something in common.

As per People magazine, this is the first film from Pitt after his 2019 release ‘Once Upon a Time In Hollywood’, for which he earned his first acting Oscar in the Best Supporting Actor category.