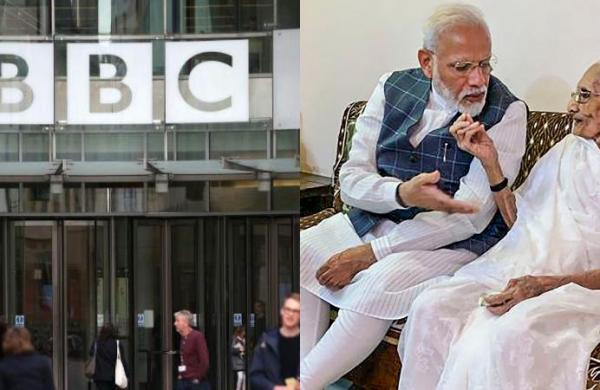 An audio clip of which has now gone viral on social media. Following which many Twitterati and BJP leaders took to the micro-blogging site to register their displeasure.

The topic of discussion on ‘Big Debate’ radio show revolved around racism against Sikhs and Indians in the UK, and eventually, the discussion branched off to the ongoing farmers’ protests in Delhi.

One of the callers, who was identified as ‘Simon’, went on a rant and used vulgar remarks against PM Narendra Modi’s mother Heeraben Modi.

The host of the show immediately diverted the conversation back to the original topic, but it was too late as the remarks had already reached thousands of listeners.

The decision of the show’s producers to keep the audio still available for other listeners ended up irking many in India.

This has led to sharp reactions on Twitter, with #BoycottBBC becoming the top trend in India today with more than 80,000 tweets. The #BanBBC is also currently trending at number two with over 25,000 tweets.

Many Twitterati have put out tweets branding BBC as ‘anti-India’ and want the media organisation to be banned.

Some BJP leaders have also been vocal about the issue and have tweeted out demanding ‘boycott’ of BBC.