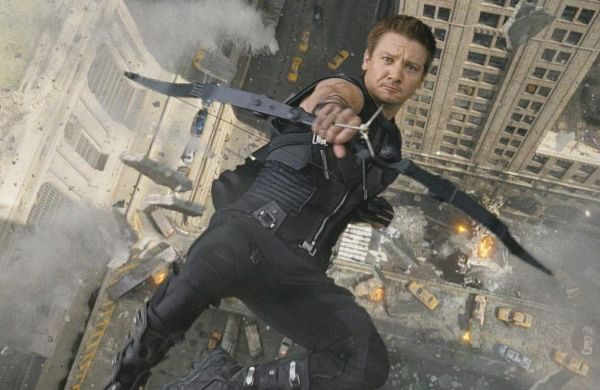 The upcoming Marvel series, Hawkeye, starring Jeremy Renner, has a lot of questions to answer. What happened to this important character after the events of Avengers: Endgame? Will we learn more about the character’s time as Ronin, as shown in Endgame? Will he pave the way for another Hawkeye to emerge? Renner, speaking with us as part of a press conference, says that the series will explain it all. If all of these questions are not enough, there’s the big one as well: How is Clint Barton dealing with the loss of his best friend, Natasha Romanoff? “There’s an emotional line from Endgame that leads into this, and there’s a lot of healing. However, this series begins on a happy note—with a Christmas vacation in New York—as Barton takes his kids to a musical, when everything goes sideways,” says Renner.

The series will also see Hailee Steinfeld playing the role of Kate Bishop, a girl who annoys Barton a lot but later wins his respect with her talent. Renner is all praise for Steinfeld: “She came in well-prepared. It’s pretty sad that I feel a bit old to see people coming in and going out (laughs). But Hailee came in ready. I just wanted to communicate with her that I had her back as a lot of strange things go into the production of such a show and the filmmaking itself is rather different. I just wanted to let her know that she wasn’t alone, and that I would give her answers if she wanted them.”

Clint Barton showered similar affection on Natasha Romanoff, who, as we saw in Endgame, sacrificed herself to save him and the world. Ask him about how Barton is dealing with survivor’s guilt and Renner says, “On the outside, there’s the guilt, and having to deal with the loss, yes. But then, he has lost more as well. This is addressed in the show, and I think it is beautifully intimate. It also brings characters closer as well as the audience. It all comes from just the weight of the horror and tragedy and the loss that comes with playing the game. The lightness and brightness that Hailee’s character brings in counteracts that. So, it’s cathartic, and I think it is quite beautiful.”

Renner goes on to elaborate on the relationship between Kate and Clint: “They are polar opposites, and yet, have congruent values, belief systems and skillsets. It’s a wonderfully complicated partnership. When you put them together, you get winning scenarios. It’s more like a buddy cop story with a mentor.” The series will also reportedly spend time establishing Clint Barton as a father and he calls that “one of the most important anchors”.

He says, “It tells the audience what Clint’s real superpower is—it’s an amalgamation of all this practical, ultimately, very palatable and accessible morality. I think any amazing parent is a superhero in their own right. To be a father is a tremendous honour and a gift, and the most difficult thing I think any human can go through. I think it really is the anchor and base to where all of Barton’s steadfastness, actionability and relatability come from. That’s his superpower.”