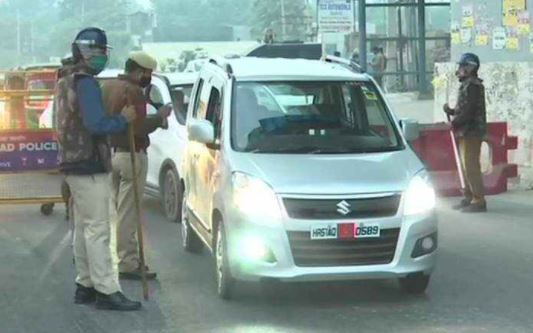 There is going to be a huge demonstration of farmers of Punjab and Haryana on Thursday-Friday in the country’s capital Delhi. These farmers are strongly opposing the recently passed agricultural law. It is being claimed that thousands of farmers can perform in Delhi today under the banner of Bharatiya Kisan Union.

The police has also made complete preparations to prevent farmers from entering Delhi. The Delhi Police has turned down all demands of farmer organizations to hold demonstrations in the capital. Delhi Police has said that if farmers gather in Delhi during the Corona transition, then legal action can be taken against them.

In view of the widespread performance of farmers, the Delhi Metro has made some changes in its timing. Due to this, the metro service from Delhi to Noida, Faridabad, Ghaziabad and Gurugram will be closed till 2 pm.

To prevent farmers from accumulating, Section-144 has been imposed in many places in BJP-ruled Haryana. Haryana Transport Minister Moolchand Sharma has said that the bus service to Punjab has also been stopped for November 26 and 27. The bus service coming from Chandigarh to Haryana has also been canceled for two days so that farmers from Punjab cannot come to Delhi. Although the convoy of farmers has traveled to Delhi.