Booster dose not part of India’s vaccine plan yet 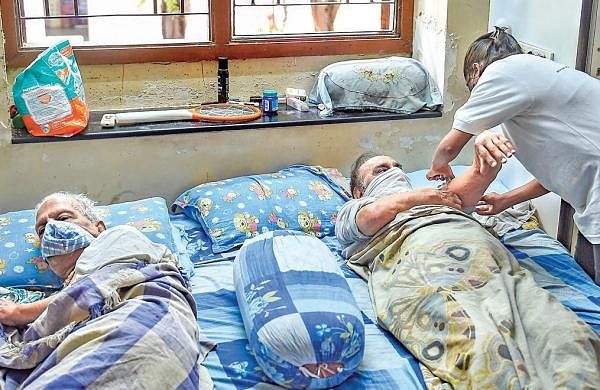 NEW DELHI:  Some developed countries have already started or are about to roll out Covid-19 booster doses amid concerns of waning  immunity as the more dangerous delta variant runs amok globally. But this proposition is not on radar in India as of now, authorities told this daily.

Indian government said the priority is to maximise the vaccination coverage, which stands at less than 8% for two doses. “I don’t think there is sufficient data to suggest that a booster dose is required for those fully vaccinated,” said Samiran Panda, chief epidemiologist with the ICMR and member of the National Expert Group on Vaccine Administration for Covid.

However, there is a section that wants the government to explore the possibility of booster doses, mainly for healthcare workers who were the first to be vaccinated. Months have passed since they got their second doses. “A number of doctors among other healthcare workers were fully vaccinated in March. Unfortunately, many of them died during the second wave,” said a member of the Indian Medical Association.

This was mainly because vaccines were less effective against the delta variant. It would be prudent for the government, he said, to offer healthcare workers booster doses, preferably with mRNA vaccine, once it is available.

Panda, on the other hand, pointed out that data so far suggests that existing vaccines are capable of ensuring protection against serious disease and fatalities from six months to one year or longer. through memory T cells.

Only on Wednesday, WHO director general Tedros Adhanom called for a moratorium on booster doses of Covid-19 vaccines until the end of September. This proposed moratorium, if implemented, will be a temporary measure to enable at least 10  of the population of every country to be vaccinated against SARS-CoV-2, however some rich countries have clearly decided to ignore it.

Srinath Reddy, president of Public Health Foundation of India and member of the National Covid-19 task force, backed the WHO position. “The WHO says special categories of persons who require immunity boosters, such as immunocompromised persons, may still be given booster doses,” he said, adding that it is the demand for boosters in those countries which will become a problem.