Book row: Khurshid stands by his views on Hindutva 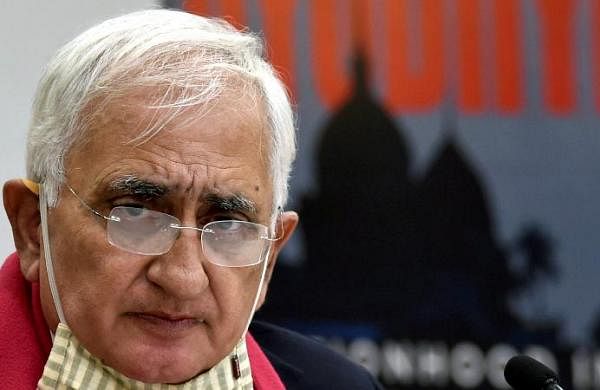 NEW DELHI: Amid a row over his views on Hindutva, senior Congress leader Salman Khurshid on Thursday stood by what he has written in his new book and asserted that Hindutva has pushed aside ‘Sanatan Dharma’ and Hinduism and taken an aggressive position similar to Boko Haram and the likes.

Khurshid sparked a controversy by comparing a “robust version” of Hindutva to the jihadist Islam of terror groups such as the ISIS and Boko Haram, in his book prompting the BJP to accuse the Congress of weaving a “web like a spider against Hindus”.

Asked about the row, Khurshid told PTI, “I have not called these guys terrorists, I have just said they are similar in distorting religion. What Hindutva has done, it has pushed aside Sanatan Dharma’ and Hinduism and it has taken over a robust, aggressive position similar to Boko Haram and those other guys.”

“I could not find anybody else that they could be similar to. I said they are similar to them, that’s all, nothing to do with Hinduism. Hindutva, as portrayed by its proponents, is distorting religion,” he said.

Khurshid’s remarks also came in for criticism from within the Congress party with senior leader Ghulam Nabi Azad dismissing Khurshid’s comparison as “factually wrong and an exaggeration.”

On Azad’s remarks, Khurshid said, “Mr Azad has said he disagrees with the ideology of Hindutva. I have explained why we disagree. After that, he (Azad) said this is an exaggeration. Now exaggeration, measurement and assessment and perception that varies from person to person. It may seem exaggerated to him, it does not seem exaggerated to me,” the former Union minister said.

“I don’t want to engage him (Azad) in an argument because I think he must have said it in a casual moment when he had nothing serious thoughtful consideration of it. But if he said it, we respect him for what he says, he is a senior person, but it will not make me change my mind,” he said.

Azad, a former leader of Opposition in Rajya Sabha and a member of the Group of 23 leaders that wrote to party chief Sonia Gandhi seeking organisational overhaul, tweeted, “In Mr. Salman Khursheed’s new book, we may not agree with Hindutva as a political ideology distinct from composite culture of Hinduism, but comparing Hindutva with ISIS and Jihadist Islam is factually wrong and an exaggeration.”

In Mr. Salman Khursheed’s new book, we may not agree with Hindutva as a political ideology distinct from composite culture of Hinduism, but comparing Hindutva with ISIS and Jihadist Islam is factually wrong and an exaggeration.
— Ghulam Nabi Azad (@ghulamnazad) November 11, 2021
The book by former Union minister Khurshid on the Ayodhya verdict, titled ‘Sunrise Over Ayodhya: Nationhood in Our Times’, was released on Wednesday.

A Delhi-based lawyer has filed a complaint with the Delhi Police seeking registration of an FIR against Khurshid on the matter.

According to lawyer Vivek Garg, Khurshid in his book writes: “Sanatan Dharma and classical Hinduism known to sages and saints were being pushed aside by a robust version of Hindutva, by all standards a political version similar to the jihadist Islam of groups like ISIS and Boko Haram of recent years.”