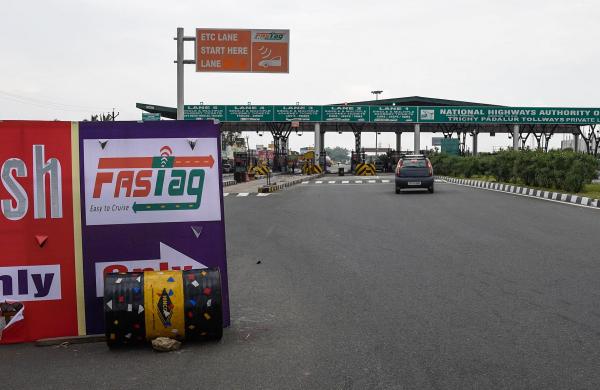 By PTI
MUMBAI: The Bombay High Court on Wednesday directed the Union government to file an affidavit in response to a PIL challenging the decision of making FASTag, India’s electronic toll collection chip for national highways, mandatory for all vehicles at toll plazas.

A division bench of Chief Justice Dipankar Datta and Justice G S Kulkarni was hearing the public interest litigation (PIL) filed last week by one Arjun Khanapure, challenging the decision to make provision of toll payment through FASTag mandatory at all toll plazas across the country.

The court directed the Union Ministry of Road Transport and Highways to file its affidavit and posted the matter for hearing on March 17.

The petitioner has sought direction from the government to continue the provision of a cash counter facility for ordinary people at all the toll plazas.

The petition claimed that the authorities are arbitrarily collecting double the actual amount if the toll is paid in cash.

In his plea, Khanapure said that many people are still not comfortable using the online mode of payment.

FASTag is a sticker or tag usually pasted on the windscreen of the vehicle that uses Radio Frequency Identification (RFID) technology to communicate with the scanner installed at toll plazas.

Once the car crosses the toll plaza, the requisite toll amount is automatically deducted from a bank account or a prepaid wallet linked to the FASTag.

The petition alleged that the authorities at the toll plazas are arbitrarily and illegally collecting double of the actual amount from February 15, 2021 from those vehicles that are seeking to make cash payments.

Khanapure has sought the court to direct the government to allow one lane at the toll plazas for cash payment and convert the remaining lanes to FASTag.

It also sought a stay on the circulars issued by the government on February 12 and 14, 2021 making FASTag mandatory at all toll plazas pending hearing of the petition.