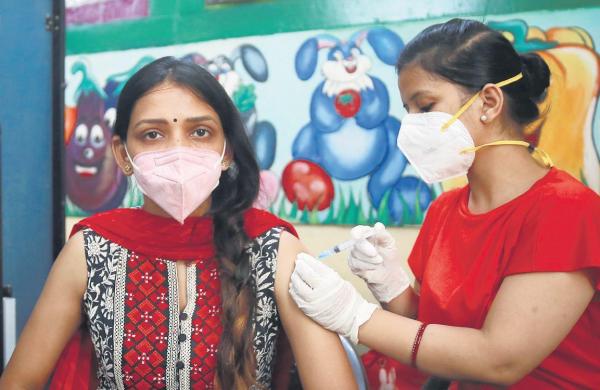 By PTI
MUMBAI: The Bombay High Court on Saturday directed the Central government to file an affidavit detailing the manner and methods of allocating COVID-19 vaccines to states.

A division bench of Chief justice Dipankar Datta and Justice G S Kulkarni passed this direction while hearing a public interest litigation filed by Yogeeta Vanzara, a city resident, who raised concerns over issues faced by the public in obtaining COVID-19 vaccination appointments through the CoWin portal.

Appearing for the petitioner, advocate Jamsheed Master informed the court that at present only 14 lakh people in Mumbai have been fully vaccinated, while 50 lakh have received the first dose of the vaccine.

“Merely 6 per cent of the city’s population is fully vaccinated,” Master said, adding at this rate, it would take three to four years for each citizen to be fully vaccinated.

The bench noted that it cannot direct the Union government on the issue of allocation of vaccines, as it was a pan-India policy.

However, the court directed the Centre to explain the manner in which vaccine orders are placed with the manufacturers and the timeline of vaccine delivery.

The Union government also has to explain the manner in which it makes the vaccine doses available to various states.

The state, through an affidavit, informed the court that it collects vaccines three times a week after being intimated by the manufacturer, following which the doses are then distributed to vaccination centres across the state.

However, the affidavit did not specify the quantity of vaccines the state collects.

The bench directed the Maharashtra State Family Welfare Bureau — which is responsible for allocating doses across the state — to file an affidavit stating when it receives a communication from the Centre and why it cannot inform the Brihanmumbai Municipal Corporation (BMC) in advance about the exact number of doses allocated.

To this, the Chief Justice said, “Let the Union government file an affidavit, then we will consider adding them as respondents.”

The court has posted the matter for further hearing on August 2.