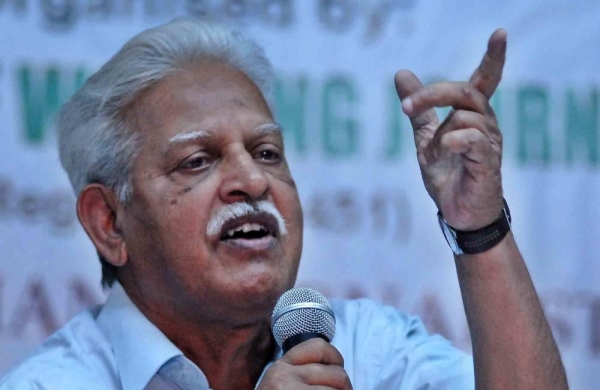 By PTI
MUMBAI: The Bombay High Court on Monday allowed ailing poet-activist Varavara Rao, accused in the Elgar Parishad-Maoist links case, to furnish a temporary cash surety for release on bail until the process of submitting solvent sureties is completed.

Rao (82) was last week granted interim bail on medical grounds for six months by the HC which had asked him to furnish a personal bond of Rs 50,000 and two solvent sureties of the like amount.

Later, the activist, who is currently admitted in the Nanavati Hospital here since November last year, filed an application in the HC to allow him to furnish cash surety to seek urgent release as the process of submitting solvent sureties was taking time.

A division bench of Justices S S Shinde and Manish Pitale on Monday allowed Rao to furnish a cash surety of Rs 50,000 and gave him time till April 5 to submit the two solvent sureties of the same amount.

The case is being probed by the National Investigation Agency (NIA).

On February 24, Rao filed the application seeking modification of the bail order and permissionto deposit temporary cash bonds before the NIA court here, instead of the solvent sureties.

Rao’s counsel Anand Grover had said the procedure for obtaining sureties was time-taking.

He had sought permission to deposit the cash bonds for a period of two months and complete the solvent sureties formalities in such period.

Rao will be released from the hospital once the bail formalities are completed.

The high court while granting him bail imposed several conditions on his release, including a direction to him to remain in the city, within the jurisdiction of the NIA court in Mumbai.

After the six-month period, Rao will have to either surrender before the trial court or approach the HC for extension of the bail period.

The case pertains to alleged inflammatory speeches made at the ‘Elgar Parishad’ conclave held in Pune on December 31, 2017, which, the police claimed, triggered violence the next day near the Koregaon-Bhima war memorial located on the outskirts of the western Maharashtra city.

The police have claimed the conclave was organised by people with alleged Maoist links.