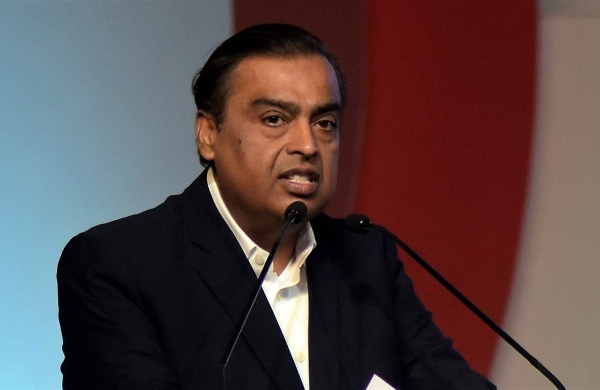 By PTI
MUMBAI: The Maharashtra Congress on Sunday said the family of Mansukh Hiren, who was in possession of the vehicle that was later found with explosives outside the residence of industrialist Mukesh Ambani, must get justice at the earliest.

The car, a Scorpio, with 20 gelatin sticks inside was found near ‘Antilia’, Ambani’s multi-storey residence in south Mumbai, on February 25.

Police had said the vehicle was stolen from Airoli-Mulund Bridge on February 18.

Hiren (46) was found dead in a creek in neighbouring Thane on March 5.

The Maharashtra Anti-Terrorism Squad (ATS) has taken over the probe into the entire matter.

State Congress spokesperson Sachin Sawant in a statement expressed hope that the ATS will go into the root of the case of Hiren’s death and unravel the “conspiracy” behind it.

“The family of Mansukh Hiren must get justice at the earliest,” he said.

Sawant said the ATS was a competent agency to conduct probe into the case.

Calling the BJP an “irresponsible party”, Sawant asked “how did the CDR (call detail records) in the case reach the BJP”? He said the BJP was not showing trust in the state police by demanding that the case be handed over to the National Investigation Agency (NIA).

BJP leader Devendra Fadnavis on Friday sought an NIA probe into the case.

Sawant said after actor Sushant Singh Rajput’s death last year, several allegations were levelled and that case was handed over to the Central Bureau of Investigation (CBI).

“Till today, the allegations made haven’t been substantiated. Will the BJP apologise?” Sawant asked.

Earlier, officials on Saturday said the autopsy report of Hiren reserved the opinion on the cause of death.

The viscera of Hiren has been sent for forensic analysis, they said.