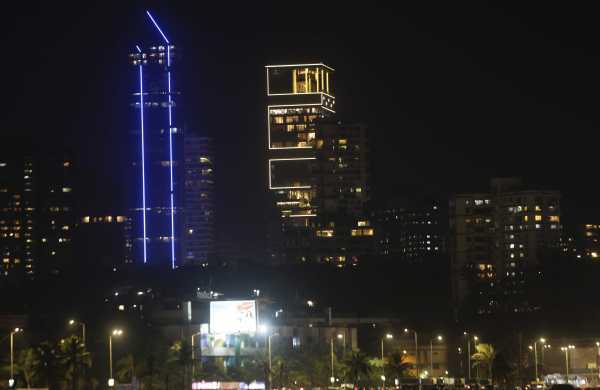 By PTI
MUMBAI: Opinion on likely cause of the death of Mansukh Hiren, who is said to be the owner of the vehicle with explosives found near industrialist Mukesh Ambani’s residence in Mumbai last month, is reserved in his postmortem report on Saturday, a Thane police official said.

Viscera of Hiren has been sent to a forensic laboratory in Mumbai for analysis, he said.

The body of Hiren (46) was fished out of a creek along the Mumbra-Reti Bunder road in neighbouring Thane on Friday morning, police had said.

The postmortem report received on Saturday mentioned that there are no visible external injuries on Hiren’s body, the official said.

“Hiren’s viscera has been preserved and sent for chemical analysis to the forensic sciences laboratory at Kalina in Mumbai,” he said.

The official said drowning is suspected to be the cause of Hiren’s death.

On Saturday, senior police officials visited Hiren’s residence in Naupada in Thane with postmortem report and convinced his family members to take possession of his body which they had refused to accept earlier for want of autopsy report, he said.

“The postmortem report has been handed over to Hiren’s family members and further process is on,” said DCP Avinash Ambure.

Meanwhile, a team of the Maharashtra Anti-Terrorism Squad (ATS) probing the recovery of the vehicle outside Ambani’s residence and Hiren’s death visited the spot at Mumbra creek wherehis body was found, the official said.

A large contingent of media personnel and relatives of Hiren was also present, A Thane Police official had said that Hiren had left his shop around 8.30 pm on Thursday in an autorickshaw and since then his phone was switched off.

“His family members had lodged a missing person’s report on Friday morning after he did not return home and a case was registered at Naupada police station.

By that time, a body was found at Mumbra and it was later confirmed that the deceased was Mansukh,” he had said, adding that Hiren’s mobile phone is yet to be recovered.

Hiren’s Scorpio with 20 gelatin sticks inside was found near ‘Antilia’, Ambani’s multi-storey residence in South Mumbai, on February 25.

Police had said it had been stolen from Airoli-Mulund Bridge on February 18.

Crime Branch of Mumbai police had recorded Hiren’s statement in the case.

Hiren, who was in vehicle spare parts business, had said he had lodged a police complaint after the SUV was stolen.

The mysterious death of Hiren triggered a war of words with the opposition BJP and the Maha Vikas Aghadi (MVA) government headed by the Shiv Sena.

Leader of Opposition Devendra Fadnavis of BJP on Friday demanded a probe by the National Investigation Agency (NIA) in the incident.