BMC claims monoclonal antibodies, given to Trump, successful in over 200 coronavirus patients 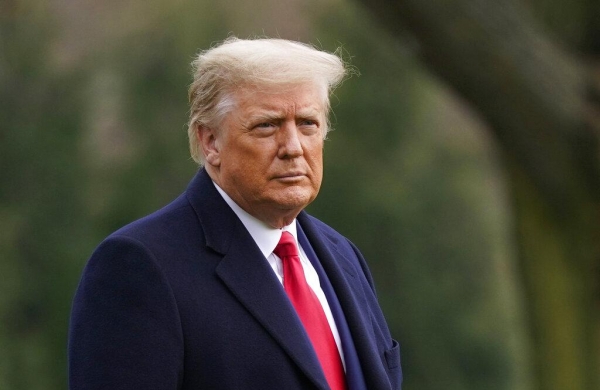 By PTI
MUMBAI: Over 200 coronavirus patients at a civic hospital who were administered monoclonal antibodies showed a remarkable recovery following the treatment, the Brihanmumbai Municipal Corporation (BMC) said on Monday.

Monoclonal antibodies made news as a treatment for COVID-19 when they were given to then US President Donald Trump in November last year after he tested positive for the disease on the election campaign trail.

It was described as an “experimental antibody cocktail” that was “one of the most promising candidates”.

The monoclonal antibodies treatment has proved successful for over 200 COVID-19 patients at the civic body’s Seven Hills Hospital at Andheri in western suburbs, the BMC claimed in a release.

After administering the cocktail, composed of Casirivimab and Imdevimab, cleared for use in mild to moderate cases of coronavirus in high-risk patients, only 0.5 per cent patients needed oxygen and the mortality rate was also reduced by 70 per cent, the release said.

The earlier requirement of 13 to 14 days of hospitalisation was also reduced to 5 to 6 days after the cocktail was given, it said.

The cocktail therapy is succeeding against the backdrop of the anticipated third wave of coronavirus, the BMC said, terming the “successful experimentation” with this drug combination a “respite” ahead of the third wave.

“Trump was given the same cocktail of drugs after he contracted coronavirus. Since then, his health has improved significantly,” the BMC claimed.

In India, the drugs were registered with the Central Drugs Standard Control Organization on May 10, 2021, and have been approved by the Drugs Controller General of India, the BMC said.

A total of 212 COVID-19 patients were given this cocktail through saline at the Seven Hills Hospital.

All the 199 patients were in the mild to moderate infection group, it added.

At the start of treatment, 179 had a fever, while 158 had a cough with or without fever.

Four patients were on oxygen support.

It was noticed that fever subsided within 48 hours after giving the cocktail medicine, the BMC claimed.

“Out of 199, only one person had to be supplied with oxygen. This proportion is only 0.5 per cent. It is a great relief, considering the amount of oxygen that was needed earlier for coronavirus patients,” the BMC said.

The civic body said monoclonal antibody cocktails can be given to patients above 12 years of age who weigh at least 40 kg.

No side effects have been reported in any of the patients, the BMC said, adding the death toll has also dropped by a staggering 70 per cent.

“This cocktail can be given to patients having diabetes, kidney disease, heart disease, asthma and other acute respiratory diseases, high blood pressure, sickle cell, cerebral palsy etc,” the BMC said.

This treatment is also financially beneficial to the patients as there is no need for oxygen supply and other expensive medications, avoiding the need for hospitalization, it said.

“Considering the medical manpower, it is possible to provide treatment through OPD and as the duration of hospital stay of the patient is reduced, it will also help in relieving the work stress on doctors,” the BMC claimed.