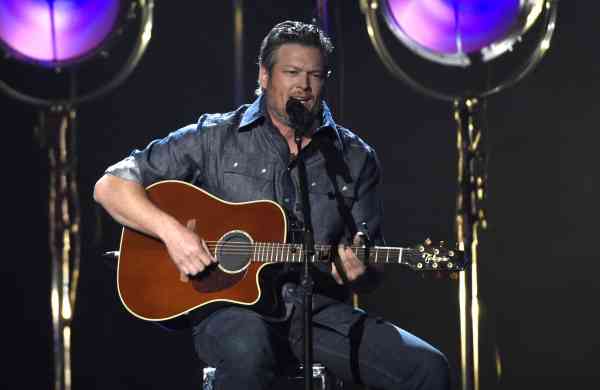 According to Page Six, the 44-year-old singer debuted the new single on NBC’s New Year’s Eve television special alongside Carson Daly to help ring in 2021. The country singer told the host that his fiancee, Gwen Stefani, helped get her brother, Todd, to direct the video.

The artist’s new song has to do with his love for the 51-year-old ‘Hollaback Girl’ singer and contains a lyric in the chorus that upset many people who saw the broadcast.

“Girl, your love can make a man feel rich on minimum wage.”

As reported by Page Six, given the fact that the coronavirus pandemic has caused many businesses to shut down and put countless Americans out of work, people were quick to take to Twitter to criticise the singer for releasing a song they believed was “tone deaf” given the current climate.

“The irony of listening to a millionaire Blake Shelton singing about ‘love on minimum wage’ at the end of 2020 might be lost on its target audience,” one user wrote.

“I love his music but the timing for Minimum Wage isn’t great. With so many people out of work and struggling the song feels a little tone deaf. I’d like to hear songs that are more personal. Wish he wrote more of his own stuff because he’s an incredible song writer,” another wrote in a tweet that was unavailable as of Sunday (local time).

Someone else agreed, writing: “Does anyone else find Blake Shelton’s “Minimum Wage” song to be incredibly tone deaf to our country’s current state?”

“What!? @blakeshelton is #MinimumWage even for real? Yes of course @gwenstefani can make a dude on minimum wage feel rich cuz she’s a millionaire. Are you working at the Home Depot now or something? Wanna pay my rent?” someone else concluded.

As per Page Six, the song has not yet been fully released and Shelton has yet to publicly comment on the backlash on social media.