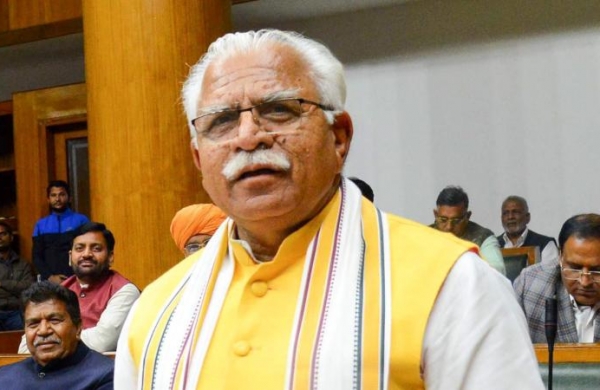 By PTI
CHANDIGARH: The Haryana Police Monday booked BKU (Charuni) leader Gurnam Singh Charuni and dozens of other protesters for rioting and damaging public property, a day after vandalism at the venue of a farmers’ event which was to be addressed by Chief Minister Manohar Lal Khattar.

According to a police official in Karnal, where the ‘Kisan mahapanchayat’ was to be held, a case has been registered against 71 people by name, including Gurnam Singh Charuni, while 800-900 unnamed people have also been booked.

They have been booked for rioting, assault on public servant, damaging public property, criminal conspiracy and other charges, police said.

The police said they are collecting evidence including video clips in connection with the incident and would take action against those who are found involved in it.

However, nobody has been arrested yet, the police official said.

Agitating farmers had Sunday ransacked the venue of the ‘kisan mahapanchayat’, forcing the cancellation of Khattar’s programme during which he was to address the gathering highlighting the “benefits” of the three contentious Central agriculture laws.

Khattar had accused Charuni of instigating people for vandalising the programme venue.

The Haryana Police had used water cannons and teargas shells to prevent farmers from marching towards Kaimla village, where the programme was to be held.

The farmers, however, had managed to reach the venue and damage a makeshift helipad where Khattar’s chopper was to land despite elaborate security arrangements made by police.

A purported video of Bharatiya Kisan Union leader Charuni, making an appeal to “end the arrogance of the CM” by not allowing him to address the mahapanchayat, was circulating on social media.

On January 6, the BKU (Charuni) had threatened to oppose the ‘kisan mahapanchayat’.