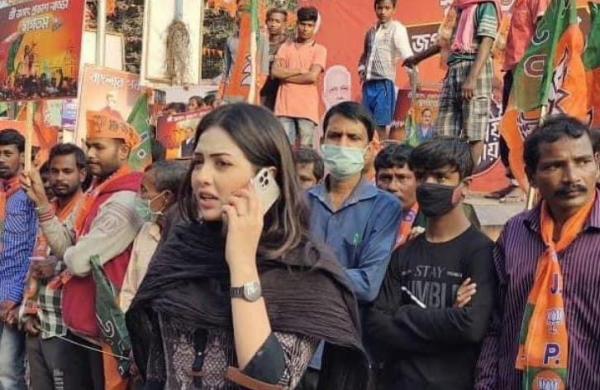 “Armed with specific information, we intercepted her vehicle. While searching, we recovered the contraband item,” said a police officer. Goswami was booked under the sections of the NDPS Act.

Expressing her doubt, BJP MP Locket Chatterjee said there were many incidents in which our party workers were falsely framed. “The police planted arms and other contraband items to frame false charges against our workers. I am not fully aware of Goswami’s incident. If it happened really, it is condemnable,” she said.

TMC Miniter Chandrima Bhattacharya said the incident was a shameful event. “We saw before how BJP functionaries were involved in infant trafficking cases. Police should conduct a thorough probe into the incident,” she said.