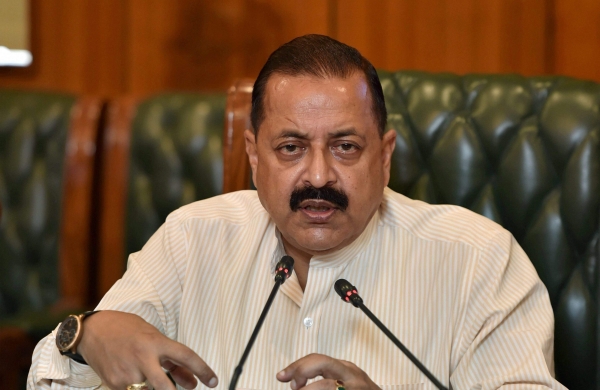 By PTI
MAJULI: Union minister Jitendra Singh Tuesday said the BJP will return to power in Assam with a decisive mandate and the victory margin will exceed the poll and TV survey projections.

Speaking to reporters after a public rally following the filing of nomination papers by Chief Minister Sarbananda Sonowal from here, Singh said it is a matter of great satisfaction that the BJP was approaching the polls with pro-incumbency factor, often not the case with ruling parties in the state.

Majuli goes to the polls in the first phase on March 27.

Elections to the 126-member Assembly in Assam are being held in three phases with the second and third phases on April 1 and April 6, respectively Singh said the people of Assam could not get the full benefits of central schemes or the centrally funded projects earlier because of the non-cooperative UPA government here.

But soon after the government changed in 2016, there was a revolutionary transformation in the state overnight.

“The BJP’s victory margin in Assam will exceed poll, TV surveys. The party will return to power for a second consecutive term in Assam with a decisive and a much higher mandate,” said Singh, the Minister of State for Personnel.

He is also the BJP’s Assam state co-incharge.

Singh said the island tourist destination of Majuli had begun to attract worldwide attention because of the extraordinary makeover and development ever since Sarbananda Sonowal began to represent it in the Legislative Assembly.

He exuded confidence that the people of Assam are in favour of continuing the same arrangement in the interest of optimum coordination between the Centre and the state.

Singh said that during the Congress rule, if at all Assam made news, it was only for the incidents of insurgency or scandals and scams in high places.

“But in the last five years (of BJP rule), the news is only about massive development and there is hardly any incident of unrest or disruption of peace, he said.