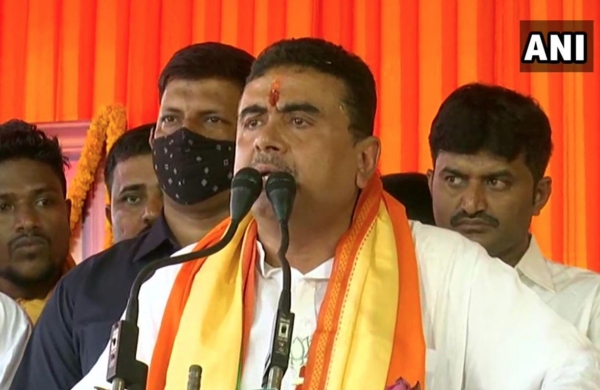 By PTI
KOLKATA: The BJP on Monday unanimously elected Suvendu Adhikari as Leader of Opposition in the new West Bengal Assembly to take on Chief Minister Mamata Banerjee in the house.

Union minister Ravi Shankar Prasad announced Adhikari’s name as leader of the BJP legislature party in the assembly after a meeting of the legislators at the party’s Hastings office.

The saffron party has emerged as the main opposition party winning 77 seats in the 294-member house.

Adhikari has been preferred by the saffron party ahead of senior party leaders like Mukul Roy, who also got elected from Nadia constituency, to take on Banerjee in the house.

The ruling TMC bagged 213 seats while Indian Secular Front emerged victorious in one assembly segment and an Independent R S Lepcha, belonging to the Binay Tamang faction of the Gorkha Janmukti Morcha (GJM) won from Kalimpong.

Congress and the Left party drew a blank.

Voting in two assembly segments will take place in future.

Since BJP has the overwhelming numbers in the opposition camp, Adhikari becomes the leader of opposition in the house, party President Dilip Ghosh later told reporters at a media briefing.

“If others don’t oppose the selection that means they are supporting the name proposed. It is not mandatory for every single legislator to pledge support vocally,” Adhikari, who was present, said.

Senior leader Mukul Roy, who was elected from an assembly segment in Nadia district, said “Suvendu will lead BJP to greater height in the house and fight the misdeeds of ruling party in state.”

Roy once considered number two in the TMC, was the saffron party’s chief architect in driving away many legislators from the ruling camp to them.

Adhikari said “I have been MLA since 2006. I have seen arrogance of the then CPI(M) led regime. We have to constructively perform the role of opposition in the assembly adhering to parliamentary norms.”

He said the BJP will continue to take up the issue of Trinamool Congress attack on political rivals, the terror unleashed by the TMC and fight for democratic right of every citizen.

Union minister and senior BJP leader Ravi Shankar Prasad and Bhupendra Yadav were the observers at the election of Adhikari as BJP legislature party leader.

Adhikari had won the elections from Nandigram assembly seat, defeating his former boss-turned-political adversary Mamata Banerjee by a narrow margin of over 1900 votes.

Adhikari was one of the key associates of Banerjee during the Nandigram land movement in 2007-08 and was instrumental in the formation of anti-land acquisition committee formed in 2007 which launched a fierce struggle foiling the bid of the then Buddhadeb Bhattacharya government to set up a petrochemical hub in the area acquiring thousands of acres of farm land.