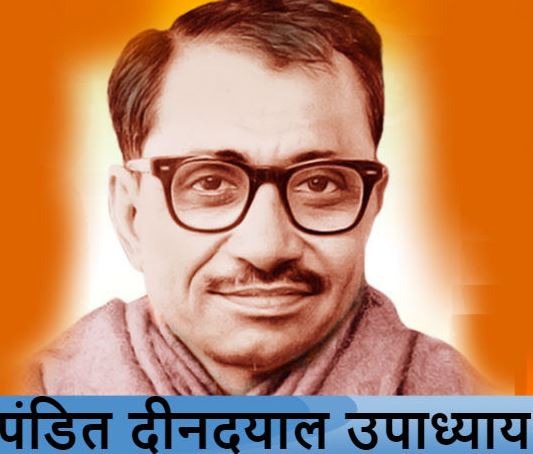 On the death anniversary of Pandit Deendayal Upadhyaya, wreaths and wreaths were presented on his oil painting in the Ekatam complex on Wednesday under the leadership of BJP District President Srichand Sundrani. Also, his personality and work was remembered. Let me tell you that in all the Mandalas, along with a wreath on the oil painting of Pandit Deendayal Upadhyaya, the lectures on his personality and work and the schemes and achievements of the poor welfare programs of Modi government were discussed. On this occasion, former minister and current MLA Brijmohan Agrawal, organization minister Pawan Sai and other activists were present. Brijmohan Agrawal said that Pandit Deendayal Upadhyaya presented the Sanatan ideology of India in a unique manner and gave the country an ideology called Integral Humanism. He was an advocate of an inclusive ideology that wanted a strong and strong India.