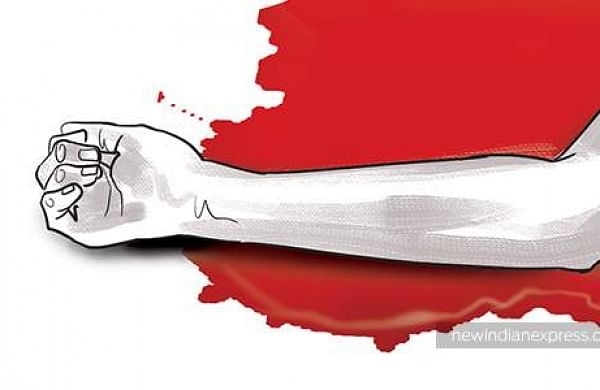 KANTHI: The BJP on Sunday alleged that a party member was lynched by TMC supporters in West Bengal’s Purba Medinipur district, an accusation rubbished by the ruling side.

The body of Sambhu Maity was found with multiple stab wounds from the bank of Keleghai river near a college in Bhagabanpur area, police said.

A case has registered and the matter is being investigated from all angles, they said.

Goons allegedly sheltered by the TMC asked Sambhu out of his home in Muhammadpur village around midnight, and lynched him, Bhagabanpur BJP MLA Rabindranath Maity claimed.

“Even after eight-nine months of the election, BJP workers are being murdered in cold blood by Trinamool Congress, which does not believe in giving free space to opponents as it believes in the politics of murder and bloodshed,” he said.

If police do not nab the culprits, the BJP will start an agitation, he added.

Local TMC leaders claimed that Sambhu was a victim of infighting within the BJP.

The BJP is trying to disrupt prevailing peace in the area, they alleged.

The BJP has alleged that at least 30 party workers were killed in violence following the assembly elections in West Bengal, inviting sharp criticism from the TMC which has maintained that the opposition party was trying to gain political mileage by misrepresenting incidents of family feuds and local disputes.