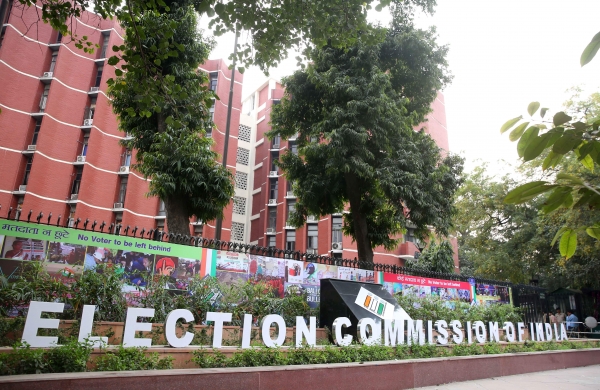 By PTI
NEW DELHI: The BJP on Friday urged the Election Commission to deploy only Central Armed Police Forces for the West Bengal assembly polls to ensure “fairness, dignity and sanctity of the process”.

A party delegation met the Election Commission (EC) and demanded that central observers oversee the state’s police and administrative machineries, including their role in the deployment of central forces, and have the final say in the electoral process.

It made these demands alleging that the conduct of the state’s police and administrative machineries do not exhibit much confidence about their “non-political or bi-partisan conduct”, according to a memorandum submitted by the delegation.

Dasgupta said they also conveyed their apprehensions about the possible misuse of the provision that allows people with disability and voters above 80 years of age to cast their votes by postal ballots.

They could be instead given special facilities at polling booths, he suggested.

The EC had come out with this provision last year following the outbreak of COVID-19.

A provision for separate and additional polling booths and stations for these voters can be made, he said after the delegation submitted a memorandum to the EC.

The memorandum noted that active COVID-19 cases are declining in the country at an accelerated rate with their numbers merely 1.52 per cent of the total caseload.

India has also launched the world’s largest inoculation drive against the infection, it said.

This has led to the home ministry permitting all activities, including social, religious, sports, entertainment, educational and cultural activities, the memorandum stated.

“Thus, it is safe to conclude that there has been a radical circumstantial change in the COVID-19 infection scenario in the country, wherein polling can be conduct normally at designated polling stations/booths with prescribed social distancing norms.

Moreover, the speed and scale with which the vaccination drive is being conducted in India, postal ballots may not be required in the first place,” it said.

The assembly polls in the state are expected to be held in April-May.

Pitching for deploying only personnel of the Central Armed Police Forces during the polling exercise, the memorandum said the deployment of “committed state government employees on election duty will be detrimental to our averred objectives of free and fair elections”.

It added that “there is a necessity to deploy members of only Central Armed Police Forces, duly trained to ensure the fairness, dignity and sanctity of the process. ..The police officers who have been accused of political partisanship in the past, should be strictly kept out of all poll related duties”.