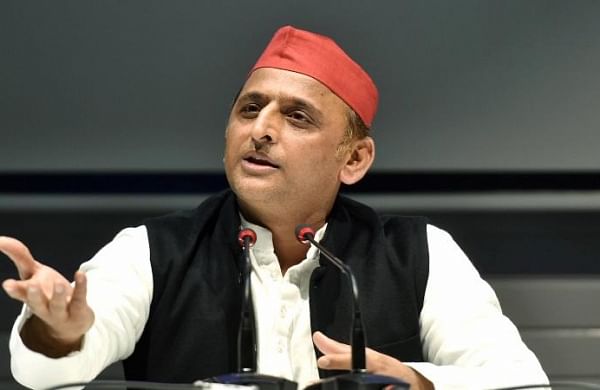 LUCKNOW: Samajwadi Party chief Akhilesh Yadav on Thursday accused the ruling BJP of misuse of power in the bypolls to the Azamgarh and Rampur Lok Sabha seats, alleging that efforts were made to disrupt voting.

He alleged that though the Election Commission was informed about the developments, the election machinery remained a mute spectator. The party workers were harassed and undue pressure was created on them to vote for BJP candidates, he alleged.

“The BJP misused power in the bypolls to Azamgarh and Rampur. Hurdles were created by the ruling party to disrupt polling. Though the EC was informed, the entire election machinery remained a mute spectator. Voters were not allowed to vote without fear,” Yadav said in a statement issued here.

Yadav alleged that all this was done in a planned way. “Fake voting was done and EVMs were found faulty in various booths,” he said, adding that in Assembly constituencies of Gopalpur, Sagdi, Mubarakpur, Azamgarh, Mehnagar in Azamgarh, party agents were removed from booths.

Women belonging to a minority community were stopped from voting in the Rampur’s Suar Assembly constituency and Narpat Nagar, he said, adding that police resorted to a lathicharge to create fear.