BJP to field all senior leaders in 2022 UP poll 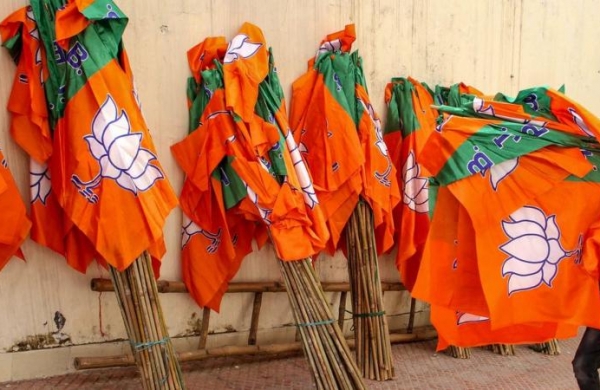 By Express News Service
LUCKNOW:  A few hours before Uttar Pradesh Chief Minister Yogi Adityanath touched down in Ayodhya on Sunday, the BJP’s first-time MLA from Ayodhya Ved Prakash Gupta said he would be the “happiest man” if the CM opted to contest from the same seat in 2022 Assembly polls.

Gupta’s statement came amid reports that the BJP is planing to field all its senior leaders in the 2022 Assembly polls. However, it remains to be seen whether or not the party will actually field Adityanath from the Ayodhya seat. Recently, the BJP finished second to Samajwadi Party in the district panchayat members’ polls in Ayodhya.

However, it managed to win the district panchayat chairperson’s polls in the same district. The present two-time BJP MP from Faizabad seat Lallu Singh had won the Ayodhya Assembly seat five times between 1991 and 2007, before SP’s Pawan alias Tej Narayan Pandey snatched the seat in 2012 polls.

However, five years later, in 2017 polls, Ved Prakash Gupta wrested the seat for the saffron party by defeating Pandey (the ex-minister) by more than 50,000 votes. According to informed sources within the BJP in Lucknow, the party plans to field all its top leaders in the Vidhan Sabha polls this time.

But, instead of Ayodhya, the CM could actually contest from one of the seats in his home district of Gorakhpur (as he has immense sway in that region of the state up to the Nepal border).

Among the other top state BJP leaders, Keshav Prasad Maurya could be fielded from Sirathu Kaushambi district and Dinesh Sharma from any seat of Lucknow. Senior cabinet minister Dr Mahendra Singh could also be fielded from his home district Pratapgarh, possibly from Kunda seat, which has been a virtual fiefdom of ex-UP minister Raghuraj Pratap Singh who has won the seat six times.