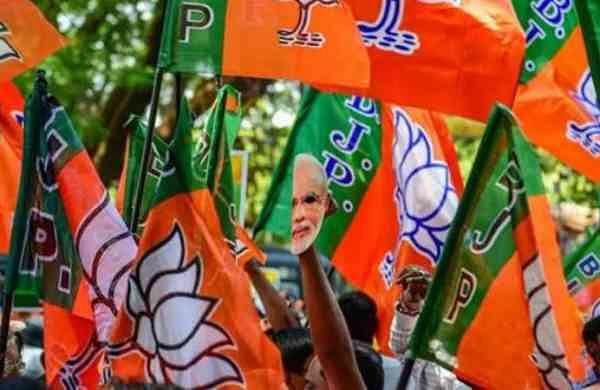 CHANDIGARH: Claiming that the BJP’s popularity graph in Punjab is rising and the opponents are feeling threatened, Union minister and party’s in-charge for Punjab, Gajendra Singh Shekhawat on Monday strongly condemned the attack on party candidate in Ludhiana district, Sucha Ram Ladhar.

Ladhar was returning from a village in his constituency after campaigning.

Shekhawat said, violence in a civilized society is unacceptable.

“Those responsible for the incident will be identified and strictly dealt with according to the law”, he said in a statement here, while adding, “we will not let our leaders and workers be threatened and intimidated by violence”.

Shekhawat dared the Bharatiya Janata Party’s opponents to fight the battle with votes and not with violence.

“These incidents are only an indication that the BJP candidates are leading everywhere and the opponents in sheer frustration are now trying to use violence to intimidate them”, he alleged.

With Punjab going to polls on February 20 and Model Code coming into effect last month with announcement of polls, the union minister warned, “it is not the Congress rule in the state anymore where you will disrupt the Prime Minister’s programme”.

“Everything is being noted and monitored to the minutest detail and everything will be taken to the logical conclusion”, he said, while warning, BJP will not take the attack on its candidates lying down.

Shekhawat also asked the officials in the administration and police to perform their duty according to the law and not feel intimidated by anyone.

“You are there to protect people and during current times, you have the added responsibility”, he asked the officials, while making it clear that they must not let themselves be influenced by anyone.