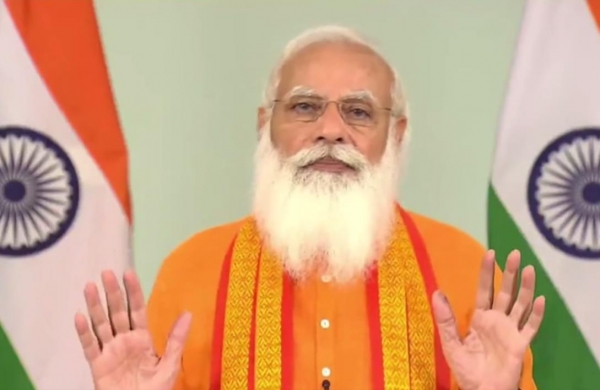 Express News Service
GUWAHATI: The BJP ignored its allies in the Northeast as Prime Minister Narendra Modi reshuffled his ministry on Wednesday.

Five from the Northeast – Kiren Rijiju (Arunachal), Sarbananda Sonowal, Rameswar Teli (both from Assam), Pratima Bhowmick (Tripura), and Rajkumar Ranjan Singh (Manipur) made the cut. The four states are ruled by the BJP.

The BJP is a constituent of the Nationalist Democratic Progressive Party (NDPP)-headed ruling coalition in Nagaland and National People’s Party (NPP)-led government in Meghalaya. It is also an ally of the ruling Mizo National Front (MNF) in Mizoram.

MNF has two MPs – C Lalrosanga and K Vanlalvena – while NDPP and NPP have one each – Tokheho Yepthomi and Agatha Sangma respectively. Despite being BJP allies, these regional parties were not considered for representation in the Modi government.

WR Kharlukhi, who is NPP’s Meghalaya unit chief, said the selection of candidates for ministerial berths was Modi’s prerogative.

“It is the prerogative of the PM. The PM will pick up his men who are good for the administration and I think he has done well. We have no grievances,” Kharlukhi said.

NDPP president Chingwang Konyak refused to make any comment while MNF leaders were not available on the phone.

This is for the first time that five from the Northeast were inducted into the central ministry. Rajkumar Ranjan Singh and Pratima Bhowmick are first-timers in the Parliament as well as the ministry.

Singh, popularly known as RK Ranjan who belongs to an erstwhile royal clan of Manipur, is an academic-turned-politician. He had joined the BJP in 2013 and contested the 2014 Lok Sabha polls but lost.

Pratima, Tripura’s “didi”, is a science graduate who had served BJP’s state unit as the general secretary prior to her election to the Parliament in 2019.

Earlier, Santosh Mohan Deb and Triguna Sen were inducted into the Union cabinet from Tripura but they were not from the state. Deb hailed from Assam and Sen from West Bengal.