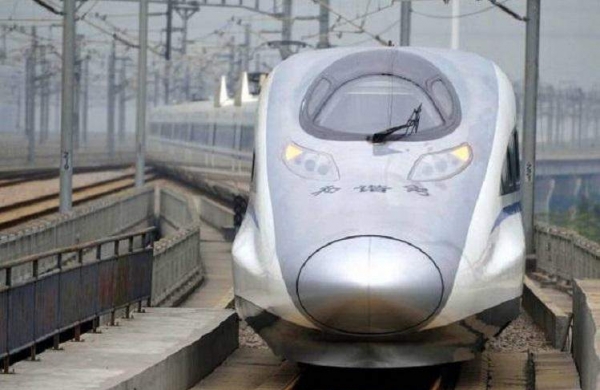 By Express News Service
NEW DELHI:  Lok Sabha proceedings on Wednesday saw verbal duels between BJP and Shiv Sena, who accused each other of non-cooperation over important infrastructure initiatives like the Mumbai-Ahmedabad bullet train and Mumbai Metro project in Maharashtra.

While Railway Minister Piyush Goyal charged the Uddhav Thackeray-led Maha Vikas Aghadi government of stalling the bullet train project, the Shiv Sena accused the Centre of not cooperating with the state dispensation over the Metro car shed project.

Goyal said it was because of the “ego” of the state government that the car shed issue remains unsolved.

After the formation of the MVA government, the Shiv Sena changed the Metro car shed site from Aarey to Kanjur.

The Kanjur land belongs to the Centre.

Arguments began during Question Hour when Shiv Sena MP Prataprao Jadhav asked whether there are any plans to run a bullet train between Mumbai and Nagpur. Goyal said: “Decisions were taken swiftly and work also started on it rapidly. World’s best technology was brought to India. But I am pained that since the new government was formed in Maharashtra, there is a sort of full-stop to the work,” Goyal said.

For the same purpose, work on a high-speed railway line between Mumbai and Ahmedabad was being undertaken.

The minister said the land acquisition started at a fast pace and 95 per cent land of land under the jurisdiction of Gujarat has been acquired.

Land from Dadra Nagar Haveli too has been acquired.

He said there is still hardly any progress on the Mumbai-Ahmedabad bullet train after the new government came to power in 2019.

He said only 24 per cent of land required for the work under the jurisdiction of Maharashtra has been acquired.

“The work on high-speed railway is not progressing in Maharashtra. The work in Gujarat is moving at fast pace but it has stopped in Maharashtra,” he said.

Replying to a question on the same issue by Manoj Kotak, BJP MP from Northeast Mumbai, Goyal said even the land from where the bullet train is to start from Mumbai has not been handed over to Centre.

“The member (Jadhav) desires that a high-speed railway should run between Mumbai to Nagpur. Who desires it more than myself. I hail from Mumbai, was born and brought up there. Prime Minister’s dream is to have a high-speed railway but for that my pain is the Maharashtra government has hindered the progress of the project.”

“In such a case how can there be a railway between Mumbai and Nagpur. It’s beyond my understanding,” Goyal said.

Shiv Sena MP Jadhav said the reason why people of Maharashtra oppose the Mumbai-Ahmedabad bullet train is they feel this is a ploy to shift big businesses to Gujarat.

To this, Arvind Sawant, another Shiv Sena member and a former Cabinet minister till he resigned after his party parted ways with the BJP to join hands with Congress and NCP to form the MVA government, accused Goyal of lying.

“We always speak truth. The job to lie is of leaders for the post of chief minister,” Goyal said alluding to Thackeray.

“I don’t know what the leaders desire. They don’t cooperate with us even for developmental work,” he said.

Goyal asked Jadhav to put pressure on the Maharashtra government for cooperation from its end.

Hitting back, Jadhav said the reason why people of Maharashtra oppose the Mumbai-Ahmedabad bullet train is because they feel “this is a ploy” to shift all big businesses to Gujarat.

“Even before this all corporate offices, government offices have moved out of Mumbai. This is a ploy of the Centre to reduce the importance of Mumbai,” he said.

Rubbishing the charge, Goyal said when the BJP-led government was in Maharashtra from 2014-19, there was no flight of businesses from Maharashtra to any other state.

“Yes, but looking at the condition prevailing today, the work it has done and also the way it has failed in COVID management and running the government with taints of corruption. In such a scenario if people (business) leave Mumbai, then who is responsible,” he said.

“The line which has already been decided, for which Maharashtra has already given its approval, if there is no cooperation even on that then what attitude it will adopt for future lines,” Goyal said.

To this, Sawant, who represents Mumbai South constituency, accused the minister of “speaking half-truth”.

Sawant said the state government has to receive Rs 1 lakh crore from the Centre.

“You will not give that (Kanjur) land. You have kept mum on the land for Metro car shed.

He said the Centre was not cooperating with the state government by giving its land for the Metro car shed project,” he said.

“It (that the Centre has to give Rs 1 lakh crore to Maharashtra) is baseless. I will give the details of how much money Maharashtra government has to pay the Centre. Just because there is no cooperation many of the projects have been hit,” Goyal said.