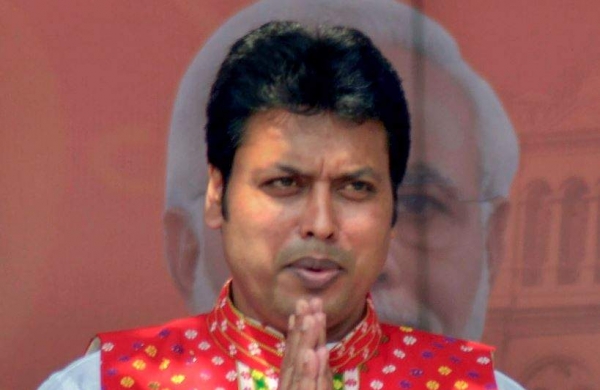 By PTI
AGARTALA: BJP and RSS top brass in the region met Tripura Chief Minister Biplab Deb on Thursday, following the controversy over his comments that the party has plans to expand to Nepal and Sri Lanka.

Other organisational matters were also discussed in the meeting, the source said.

Adding to the controversy, state Law Minister Ratan Lal Nath claimed that BJP is the largest political party in the world and people of many countries, including Sri Lanka and the US, are now willing to accept its ideology.

“Our chief minister wanted to say that the ideology of BJP would spread in the world and people will be influenced by it. But that does not mean BJP will expand its base there.

His statement was wrongly interpreted,” Nath said at an event.