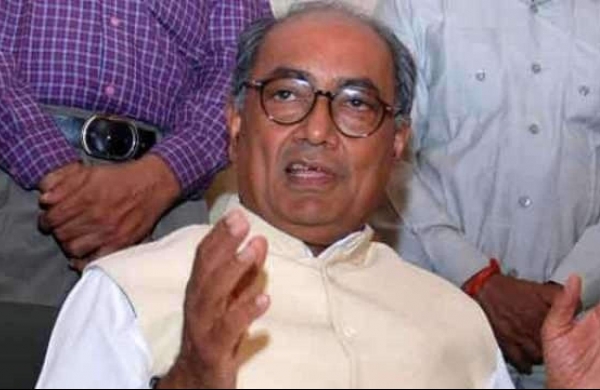 By PTI
INDORE: Veteran Congress leader Digvijaya Singh on Sunday accused the BJP, RSS and “some elements” of Akhil Bharatiya Hindu Mahasabha of being “merchants of hatred”.

The BJP, however, hit back saying that the party and the Sangh Parivar does not need any certificate from Singh.

It said that several statements made by the Congress leader showed that he supported “extremists”.

“Bharatiya Janata Party (BJP), Rashtriya Swayamsevak Sangh (RSS) and some elements of Hindu Mahasabha are opposed to the tradition of communal harmony and its culture. They are merchants of hatred. They engage in violence by spreading hatred,” Digvijaya Singh told reporters in Indore when asked about Hindu Mahasabha’s proposed Gwalior-Delhi vehicle rally.

He said this is the same ideology that led to the assassination of Mahatma Gandhi.

Singh criticised the Mahasabha over the vehicle rally that is to be held on March 14 to inform people about the lives Mahatma Gandhi’s assassin Nathuram Godse and co-conspirator Narayan Apte.

Reacting to his statement, state BJP spokesperson Umesh Sharma said, “We do not need any certificate about the BJP and the Sangh Parivar from Digvijaya Singh. Many of his statements show that his mentality is pro-Muslim and he always supports extremists.”