BJP plotting to pass resolution in favour of Article 370 revocation in J&K Assembly after polls: Omar 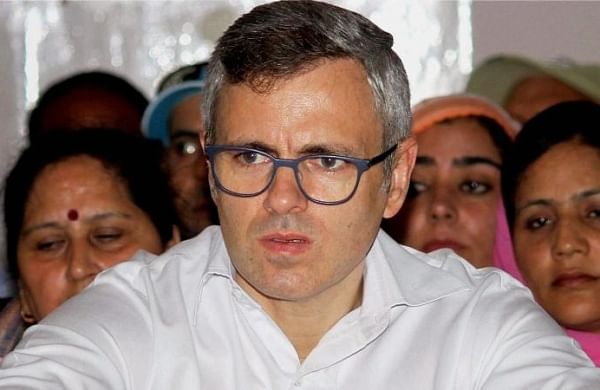 SRINAGAR: Former J&K Chief Minister and National Conference vice president Omar Abdullah on Thursday said BJP would make an attempt to pass a resolution in favour of Article 370 revocation in the J&K Assembly after the elections to tell the world that people of J&K are satisfied with the August 5, 2019 decisions.

“BJP would make an attempt to pass a resolution in favour of Article 370 revocation in J&K Assembly after the elections to tell the world and the country that people of J&K are satisfied with the August 5, 2019 decisions. They want to wipe out the early resolution passed by J&K Assembly in 2000 seeking greater autonomy for J&K,” Omar said while addressing party workers in north Kashmir’s Bandipora.

“They want to pass the resolution so that they can tell the world that J&K don’t want any change in it,” he said.

On August 5, 2019, the Centre scrapped J&K’s special status and bifurcated the J&K state into two Union Territories — J&K (with legislature) and Ladakh (without legislature).

ALSO READ | Seven properties bought by outsiders in Jammu and Kashmir, all in Jammu region: Centre

The SC would tell them (BJP) how they knew it and the BJP would show the resolution passed by the J&K Assembly in favour of Art 370 revocation, Abdullah said. “Then the SC will be left with no option but to dismiss petitions challenging Article 370 revocation and won’t do anything against the August 5, 209 decision”.

According to Abdullah, pleas challenging Article 370 revocation and bifurcation of J&K state were not being heard “because we have got a strong case.

The BJP knows well that they cannot get many seats in Kashmir and without getting seats from the Valley, the resolution cannot be passed in J&K Assembly. “In order to create a division of votes in Kashmir, it has propped up many parties. However, to thwart this plot, the Gupkar Alliance was formed,” he said.

The former CM said DDC the elections were held to break the Gupkar Alliance. “The alliance got more seats and proved that people of Kashmir and Jammu are not in favour of August 5, 2019 decisions.”

Peoples Conference had pulled out from the seven-party alliance after the DDC polls while the head of another party — J&K Peoples Movement — has joined the Apni Party of Altaf Bukhari.