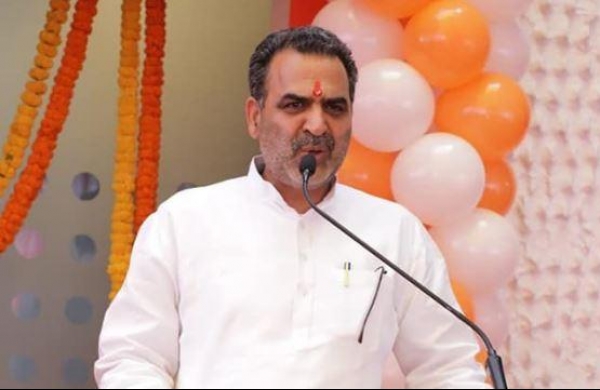 Bhainswal is the same village where RLD vice-president Jayant Chaudhury had addressed a kisan mahapanchayat and warned the UP government of consequences in the 2022 polls if the laws were not repealed.

The BJP team is entrusted with the task of damage control by talking to the farmers and convincing them about the goodness of the new farm laws. The team was told to focus on the Jat community perceived to be turning away from the BJP.

On Sunday, as Balyan, accompanied by state Panchayati Raj minister Bhupendra Chowdhary and local BJP MLAs reached Bhainswal, hundreds of agitated farmers gathered and parked tractors to block their entry. The team managed to enter the village, only to face slogans like ‘Down with BJP’ and ‘Balyan go back’.

Balyan tried to address the gathering, but his speech only fuelled the anger. “Only a few farmer leaders are opposing the new laws. Most of them are happy,” he said. Soon, angry farmers almost forced them to get out of the village.

Bhainswal is the same village where RLD’s Jayant Chaudhury had addressed a kisan mahapanchayat and warned the Yogi government of consequences.