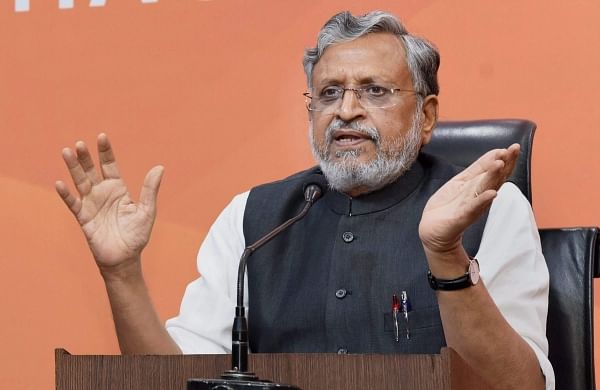 Sushil Modi met Sonu and his family members at his native village in Nalanda district on Tuesday, three days after the chief minister Nitish’s visit when Sonu had requested Nitish to make arrangements for his proper studies.

Sushil Modi said that Sonu would not only get admission in a Navolaya Vidyalaya but also be paid Rs.2,000 per month as financial assistance for his studies.

The senior BJP leader shared the pictures of his visit to Sonu’s house on social media.

11-year-old Sonu hogged the limelight when he had requested Nitish during his visit to his native village Kalyan Bigha in Nalanda district on May 14 to make arrangements for his studies as his parents were not taking proper care of his studies.

Sonu, a resident of Nima Kaul village under Harnaut block in Nalanda district, revealed that his father Ranvijay Yadav used to sell curd and other dairy items to earn livelihood.

“I have to give tuition to my juniors to meet the expenses,” he had told the CM.

Taken aback over the minor boy’s candid revealation, Nitish had directed the district magistrate in-charge of Nalanda to take care of Sonu’s problems. Sushil Modi’s assurance has come as a great relief for the family.