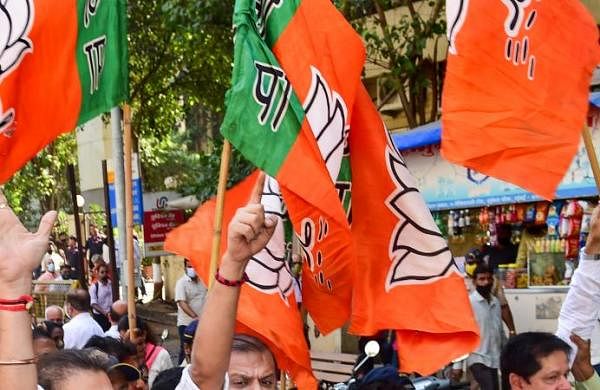 PATNA: The Bihar Assembly on Monday witnessed repeated clashes between MLAs of the BJP, which is part of the ruling NDA in the state, and the opposition over issues relating to the Muslim community.

RJD MLA Shamim Ahmad had said delay in fencing of burial grounds often left these vulnerable to mischief from anti-social elements, and requested that legislators be allowed to facilitate the work from their local area development funds.

Minister Bijendra Kumar Yadav rose to reply on behalf of the government and submitted that district-level committees headed by respective collectors were in place to identify sensitive burial grounds.

He, however, said so far the government has not considered the option of allowing legislators to get the job done through their respective funds.

The House plunged into turmoil as some BJP MLAs rose in their seats, demanding that the government also similarly undertake fencing of the shamshaan ghats’ and temples.

“This is the type of communalism for which the BJP is known. Raking up shamshan’, Pakistan at the drop of the hat,” rued RJD MLA Nehaluddin outside the House later.

Haribhushan Thakur Bachaul, the BJP MLA who was recently in news for suggesting that Muslims should be stripped of voting rights if they refused to sing Vande Mataram’, told reporters “we raised the issue of shamshan’ and mandir because these to need to be secure. We will continue doing so.”

Post-lunch, the House got down to debate on the second supplementary budget, but chaos followed again after BJP MLA Kumar Shailendra used an unparliamentary word for Muslims.

Opposition MLAs trooped into the well raising slogans in protest.

Former chief minister Jitan Ram Manjhi, who is with the ruling NDA, said it was indeed objectionable to use disparaging words about a community.

Parliamentary Affairs Minister Vijay Kumar Chaudhary concurred and urged Speaker Vijay Kumar Sinha that the remark be expunged from the proceedings of the House.

The Speaker said suitable action will be taken in the matter, though the opposition remained dissatisfied and staged a walkout.

The debate carried on with the opposition in absentia, and the second supplementary budget was passed by voice vote.