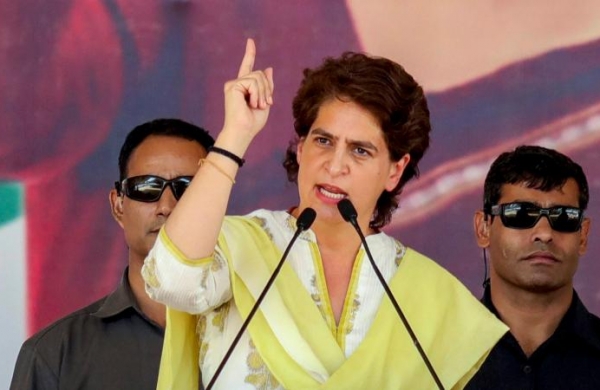 Alka Rai is the wife of the slain MLA Krishnanand Rai, who was shot dead in 2005.

Mukhtar Ansari was accused of killing her husband but was later acquitted in the case.

Currently, Mukhtar Ansari, a BSP MLA from Mau, is lodged in a Punjab jail in an extortion case and have several criminal cases registred against him.

“I have to tell you with grief that your governments in Punjab and Rajasthan have given guest status to my husband’s killer Mukhtar Ansari and his son Abbas Ansari, who carry reward for their arrest, Rai alleged in the letter to Priyanka Gandhi on January 30.

The letter was shared with the media on Tuesday.

Pointing at some photos said to be published in newspapers, the Mohammadabad (Ghazipur) MLA alleged that the Abbas’s marriage took place under the Rajasthan government’s patronage.

“After seeing these pictures, my family and I felt pain, she said, claiming that earlier the Uttar Pradesh government had sent vehicles 32 times to bring Mukhtar Ansari back to the state but the Punjab government shielded him.

“Being a woman, I thought you will feel my pain. You talk against crime and criminals regularly but you neither replied me nor took any initiative to ensure justice to me. It is clear that you and your governments are standing with Muktar and his crime. I will wait for your reply,” Rai said in the letter.