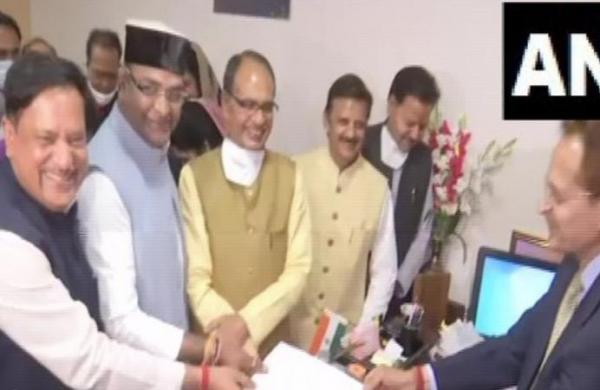 By PTI
BHOPAL: Madhya Pradesh BJP MLA Girish Gautam on Sunday filed his nomination papers for the post of the state Assembly’s Speaker.

He is likely to be elected unopposed as the main opposition Congress has decided not to field its candidate for the post.

The post is lying vacant since March last year when N P Prajapati quit as the Speaker following collapse of the then Congress-led government, after several MLAs resigned from the party and their Assembly membership.

The BJP subsequently returned to power in the state under the leadership of Chief Minister Shivraj Singh Chouhan.

At present, BJP MLA Rameshwar Sharma is the protem Speaker of the state Assembly.

He has been holding the charge since July 2020 as election for the post could not be organised as two Assembly sessions last year were curtailed while one was cancelled in the wake of the COVID-19 pandemic.

Gautam, a four-term MLA from Deotalab constituency in Rewa district, filed his nomination papers in the state Assembly secretariat here on Sunday.

Meanwhile, former chief minister and state Congress president Kamal Nath said his party will not field its candidate for the post.

“Given the constitutional dignity of the post, we have decided to fully cooperate and extend our support for an unopposed election to the Speaker’s post in the state Assembly,” Nath said in a tweet.

In the 230-member MP Assembly, the ruling BJP enjoys a comfortable majority with 126 legislators.

The Congress currently has 96 MLAs, while two seats are represented by the Bahujan Samaj Party (BSP), one by the Samajwadi Party (SP) and four by Independents.

One Assembly seat Damoh is lying vacant after MLA Rahul Lodhi resigned from the Congress in October last year and later joined the BJP.