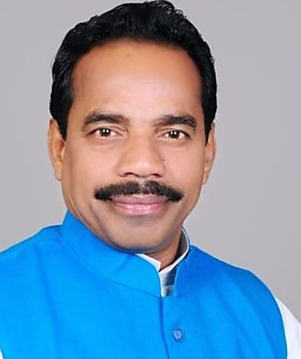 Vinod Kumar Singh, a minister in the Bihar government and a BJP MLA, has died at Medanta Hospital in Delhi. Vinod Kumar Singh was ill for the last several days. He was admitted to the hospital a few days ago following a complaint of brain hemorrhage. The death of Minister Vinod Singh has been given by his PA Rajiv Ranjan himself.

Minister Vinod Kumar Singh was originally from Katihar in Bihar and was counted as the strongest leader of the Bihar BJP. Bihar government minister Vinod Kumar Singh was a BJP MLA in Pranpur assembly constituency of Katihar. A few days ago he had a corona with his wife, after which he became healthy, but after this, his health deteriorated again due to which he had to be sent from Patna to Delhi with the help of air ambulance for treatment.

In the elections in the year 2010, Vinod Kumar Singh defeated the four-time MLA Mahendra Narayan Yadav from Pranupur seat in Katihar district and fed lotus again in Pranpur. In 2015, again Vinod Kumar Singh defeated NCP candidate Ishrat Praveen and reached the assembly. He was given the responsibility of the Minister of Mining and Ghosts in the Nitish government and later the Ministry of Backward and Extremely Backward Welfare.