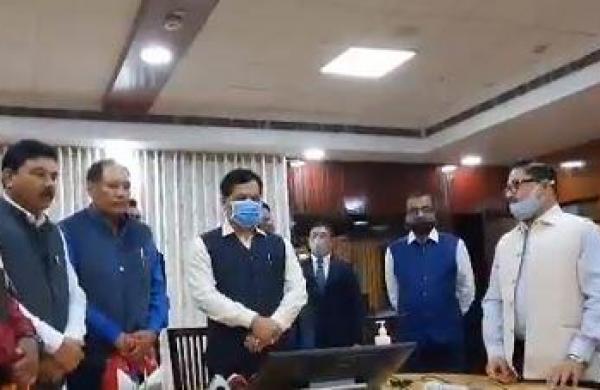 By PTI
GUWAHATI: BJP MLA Biswajit Daimary on Thursday submitted his nomination paper for the post of the Speaker of the Assam assembly.

Earlier in the day, the BJP in a meeting chose Daimary to be the next Speaker and Momin as the Deputy Speaker for the 15th Assam legislative assembly, the first session of which will begin from Friday.

In February, Daimary was re-elected to the Rajya Sabha after he switched sides to the BJP from the Bodoland People’s Front (BPF).

He contested the assembly polls from the Panery constituency and won by a margin of 35,852 votes.

BJP MLA Momin was elected to the assembly for the second consecutive time from the Bokajan seat.

On Wednesday, former minister and eight-time AGP MLA Phani Bhushan Choudhury was sworn in as the pro tem speaker of the 15th Assam Legislative Assembly.

In the 126-member Assembly, the BJP-led NDA secured 75 seats.

The Congress-led Grand Alliance bagged 50 seats and one was won by an Independent.