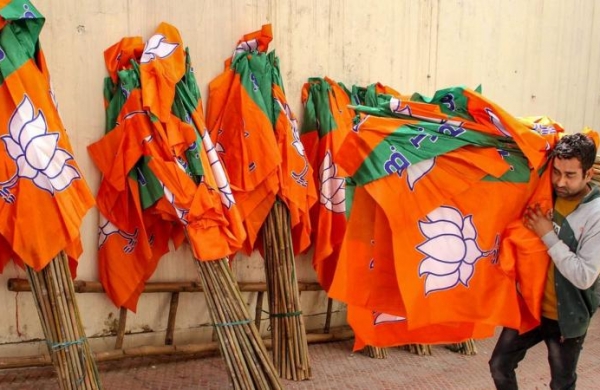 By PTI
BALLIA: A BJP MLA here trained his guns on the party’s former Kisan Morcha chief and MP Virendra Singh Mast, accusing his family of involvement in land grabbing.

However, a private secretary of Mast, Aman Singh, said the MLA is levelling baseless allegations and the dispute related to the said land is pending in a court.

Aman Singh said that BJP MP does not give any importance to the allegations of the MLA and the party leadership has itself taken note of his activities.

The farmers presented by the MLA before the media alleged that their land in Shivpur village had been fraudulently transferred in the name of Mast’s brother, nephew and son while efforts were made to grab land in Sonbarsa village.

“These farmers have spoken about their problem and the MP’s family is involved in it,” Surendra Singh said.

“It is the intention of our government that if there is any injustice, even at the hands of our own men, it will be opposed and all efforts will be made to ensure justice,” the MLA said.

The MLA added if someone dares to do such a thing during the government of Prime Minister Narendra Modi and Chief Minister Yogi Adityanath, then it is a big thing and should be noted.

Surendra Singh also alleged that illicit liquor trade is going on in the Revati area of the district under the police patronage and he had complained about it to senior police officials but to no avail.

Responding to it, SP Dr Vipin Tada said allegations of the BJP MLA in this connection will be probed.