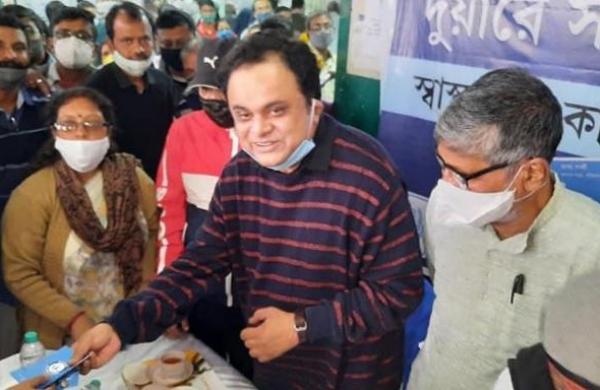 By PTI
KOLKATA: The TMC on Wednesday claimed that the BJP was trying to fox the Matua sect — a community of migrants from Bangladesh — with the promise of implementing the Citizenship Amendment Act (CAA) sometime soon, as the deadline for framing its rules has been extended till July.

State minister Bratya Basu, during a press meet here, said the saffron party is planning to garner support by organising ‘rath yatra’ ahead of assembly polls, but its “fake and divisive” politics for individual gains stand exposed.

“The BJP is practising divisive politics in Assam and Bengal over CAA implementation, notwithstanding the fact that it has adversely affected the Hindu populace among others in the neighbouring state.

“The Home Ministry’s statement on CAA in the Lok Sabha on Tuesday has brought to light the saffron camp’s fake politics to woo the Matua community in the state,” the TMC leader said at the party headquarters here.

Basu said that the deadline for framing the CAA rules has been extended, and the law wouldn’t be implemented anytime before the assembly polls.

Union Minister of State for Home Nityanand Rai said in a written reply in Parliament on Tuesday that the “rules under the Citizenship (Amendment) Act, 2019 are under preparation.

The Committees on Subordinate Legislation, Lok Sabha and Rajya Sabha have granted extension of time up to April 9 and July 9 respectively to frame these rules under the CAA”.

The TMC leader claimed that Home Minister Amit Shah probably cancelled his public meeting in Matua stronghold in North 24 Parganas last week, as the promise made to them on CAA implementation might not be fulfilled.

He maintained that the community has every right to be angry about this development, and asked the Centre to clarify its stand on the citizenship law.

Shah’s two-day tour of the state from January 30 was cancelled following a low-intensity IED blast near the Israel Embassy in New Delhi.

Asserting that CAA implementation would also hurt the interests of Bengali Hindus, he recalled that “19 lakh Bengali refugees were sent to detention camps in Assam, following the NRC exercise”.

Taking a jibe at the saffron camp over its plans to hold a ‘rath yatra’, Basu said, “Sri Chaitanya, who had preached togetherness and equality, is associated with the cultural and religious carnival, mainly celebrated in Odisha.

“A Muslim man was also instrumental in organising the original yatra. The saffron party, however, is opposed to those ideals.”

The CAA, passed by the Parliament in 2019, aims to grant citizenship to non-Muslim migrants who moved to India from neighbouring countries to escape religious persecution.

The National Register of Citizens (NRC) is a document containing names of all genuine Indian citizens.

It was updated in Assam two years ago.