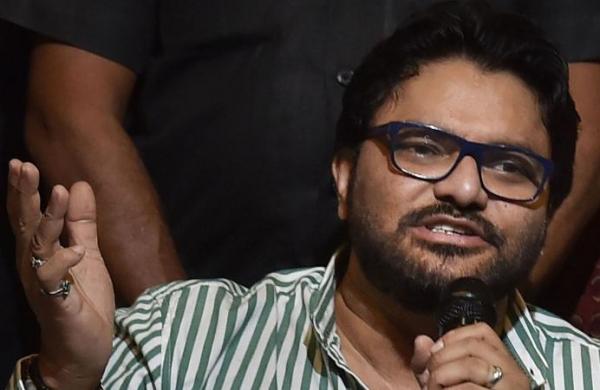 By ANI
NEW DELHI: Reacting to BJP leader Babul Supriyo’s announcement of quitting politics, the party MP Jagganath Sarkar said that the senior leaders of the party will try to convince him as BJP needs Supriyo.

Sarkar assured that Supriyo will remain in the party and would be given some important responsibilities in the West Bengal unit of the party.

Speaking to ANI, Sarkar said, “In some situations, a person feels like leaving his house when he is upset but it is our work to convince him and bring him back. BJP is like a large family. The senior members of the party will try to explain to him that the party needs him in future and he will be given an important responsibility in the party.”

The Lok Sabha MP said: “If Supriyo will leave the party at this juncture, everyone will think that he took this step because he had to resign from the ministerial post. However, Supriyo has informed that this is not the reason for quitting politics. In my view, this is not right and he should have waited.”

“Supriyo is an independent person. He left his banking job to be a singer and then eventually joined politics. There must be something going on in his mind. He had met some senior leaders in the party and discussed his issues with them. The senior leaders will talk to him,” Sarkar said.

He further said, “Many- a-times, we take wrong decisions and eventually realise our mistake. I hope that the present situation will change and Babul dada will take the right decision. He will remain with us and he has handled the responsibilities of the party earlier too and will continue to do so.”

Bharatiya Janata Party leader Babul Supriyo on Saturday said he is leaving politics and will also resign as an MP.

Supriyo said he will also resign as an MP.

The MP had said earlier he is not going to any political party and TMC, Congress, CPI(M) had not called him.

Babul Supriyo joined the BJP in 2014 and has been elected twice from Asansol.

Babul Supriyo, who represents Asansol in Lok Sabha, briefly referred to his moving out to the union council of ministers earlier this month. He lost in the assembly polls held earlier this year.

The MP, who is a film artist and singer, said social work can be done without being in politics.